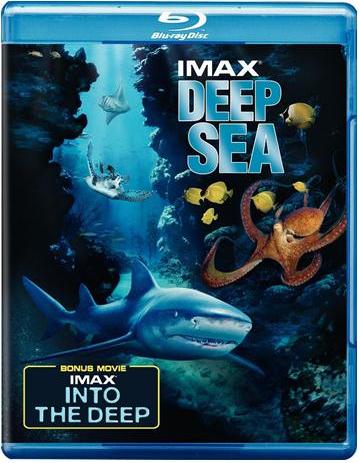 Filmed in southern California, Imax's Deep Sea will let you swim with some of the earth's most exotic creatures.

Filmed by Howard Hall (who created Into The Deep), Deep Sea features narration by Johnny Depp and Kate Winslet. The real stars of the show are, of course, the individuals who sport fins and scales...like the Green Sea Turtles, the Humboldt Squid and the Mantis shrimp.

Blu-ray.com cautioned about raised expectations with regard to this film because it is a 41 minute documentary but recommended it for families wanting to check out the undersea world and it  is worth noting that Imax films are shorter than feature length movies. However, Blu-ray.com called Deep Sea a captivating "a captivating undersea documentary, an excellent video transfer, an unexpectedly solid audio track, and a bonus, full-length IMAX film (also presented in 1080p.)"

Reviewer comments include one that recommends using this blu-ray disc if you are unable to visit the underwater world. This film includes "stunning footage of the vast and amazing sea creatures known to man." Another viewer added that blu-ray is necessary to truly appreciate this documentary film. To read more of the Amazon customer reviews of Deep Sea, simply click here.

Here's a look at the film, via the trailer:

Buy your copy of Imax Deep Sea from Amazon. 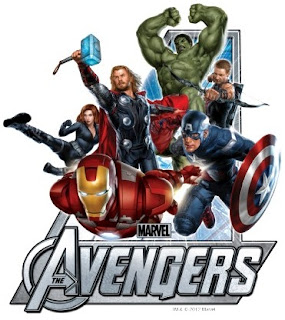 Okay, I'll admit it. I was not much of an Avengers fan in the past. Not that I disliked The Avengers, just that I did not know the characters.

Well, now I know them. Thanks to a houseful of the male species I was recently escorted to the movie theatre to watch the new Marvel Avengers movie and I enjoyed myself.

The Avengers is not the deepest movie of all time but it was enjoyable and, as is often the case, the best part of this movie, in my humble opinion was the humour and, well, The Iron Man and maybe even The Hulk...and I suppose some might have preferred all of the superhero action...

Here's what a few other more well-known movie reviewers had to say about The Avengers:

I loved it when Roger Ebert said, "This is like an all-star game, or the chef's sampling menu at a fancy restaurant." For me, it was a great introduction to six Avengers characters.

The Movie Mom calls The Avengers, "a smart, exciting and engaging superhero story that deftly balances seven larger-than-life characters, their personal and inter-personal struggles and their interplanetary battles." It takes entertainment seriously.

Flixchatter says that she saw the movie on IMAX 3D and that it was worth every penny so if you are trying to decide what format to watch this movie in, you might want to consider checking out the rest of her comments.

My favorite video reviewer, Jeremy Jahns, rates Marvel Avengers, "Awesome-tacular" and says that whether you are a Marvel fan or simply a superhero fan, you will love the movie.  Here's his video with my usual warning that Jeremy uses some off-color language and that this video contains a small spoiler:


Have you seen the movie?  What did you think? Did it live up to your expectations?

Opening image is from Zazzle's complete collection of the Marvel Avengers t-shirts.
1 comment: Links to this post