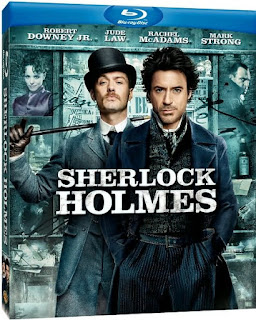 A survey of the Academy Awards nominees for 2010 in the newspaper this morning surprised me a little bit. This year, I actually managed to see six of the movies that received Academy Award nominations.

Unfortunately, but not surprisingly, it seems that I missed  all of the movies that were nominated for best picture.

What did I see then? I saw Star Trek, Sherlock Holmes and Harry Potter and the Half Blood Prince at the movie theatre and the other three I viewed from the comfort of home (on a somewhat smaller screen.) They were Coraline, Julie and Julia and Transformers: Revenge of the Fallen.

Of the movies that I have seen, I would definitely and without question pick Star Trek as my favorite although I really, really enjoyed this Harry Potter movie and Julie and Julia, too.  Not far behind would be Sherlock Holmes, Coraline and finally Transformers, which I did not care for at all.

Of these six movies, five of them are already available on blu-ray and have been for awhile.  Sherlock Holmes is the only exception but is being released on blu-ray on March 30th.  Two of them, Star Trek and Coraline, made Sound and Vision magazine's list of the best blu-ray movies of 2009.

What about you? Do you know how many Academy Award nominated films you have seen? What are your favorites?