Are You Looking For Anne of Green Gables? 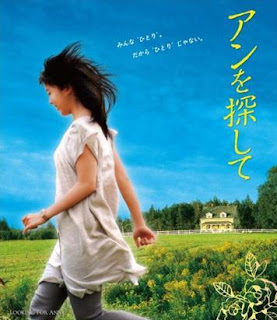 Fans of Anne of Green Gables may be surprised, as I was, to discover that there is a new Anne film out. Looking For Anne is a totally unique film because it does not tell a story from Lucy Maud Montgomery but instead tells a story that illustrates the importance of Montgomery’s book to the women of Japan since World War II.

The story is that of a seventeen-year old Japanese girl who plans a trip to Prince Edward Island with her grandmother to discover the Island and to follow Anne's footsteps. She eventually takes the trip alone and winds up on a quest to find the young soldier who gave her grandmother a copy of Anne of Green Gables in Japan in 1946.

Looking For Anne opened in Japan on October 31, 2009 to much success and went on to win two prestigious awards at the Singapore Asian First Film Festival, one for Best Film and one for Best Director. It is a joint Canadian and Japanese film with approximately 60 percent in English and 40 percent in Japanese with subtitles, as appropriate.

Looking For Anne was filmed in Prince Edward Island and is said to be a beautiful travel film, if you are interested in seeing what P.E.I. looks like. The pictures I have seen so far have managed to make me homesick for the Atlantic Provinces.

Unfortunately for North Americans, we are unable to see this film at this time. However, the official Looking For Anne Facebook Fanpage says that it will be released in Canada this spring. (I’m not sure about an American release.)

Right now, if you are curious about the movie, you will have to settle for the official movie trailer with English subtitles. It looks like a great film, subtitles or no subtitles.


Are you an Anne fan? Are you curious about the impact Lucy Maud Montgomery's work had on girls around the world? Will you be Looking For Anne when this movie is released?

The Looking For Anne (Of Green Gables) Movie

Oh wow! I am a huge Anne of Green Gables fan! Is this movie based on the book "looking for anne"? I didn't know about this movie until now. can't wait to see it - and go to PEI myself!

No, I'm pretty sure that this movie is not related to the book of the same name. It is purely the story of one Japanese family's connection to Anne of Green Gables.