Lady Gaga Out Ranks Oprah Winfrey As The Most Powerful Celebrity 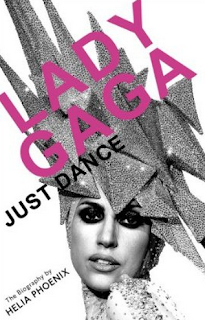 Let me start by admitting that I know less about Lady Gaga than I do about Oprah Winfrey.  That might be understandable, given that Oprah Winfrey has been front row centre in North American society for the last 25 years.

Granted, one cannot miss Lady Gaga and I do know a few of her songs. Who can miss her presence?

It was with interest then that I noticed Lady Gaga recently pushed Oprah Winfrey out of the number one spot on the Forbes annual power ranking which looks at the earnings, fame and exposure of members of the media from within the circles of music, film, television, sports and fashion.

Oprah has been at the top of the list four times in the last six years and she is still a powerful lady off in a slightly different direction these days.  The newspaper says that her new television network OWN is going to be in 80 million homes by the end of the year but, so far, it is woefully off of that target with an average viewer number of 179,000.  I expect the presence of Oprah, now that The Oprah Winfrey Show is finished, will help that.

Lady Gaga is different, that's for sure, and definitely a phenomenon. Wonder where she'll be in 25 years, though. Hmmm.

Interesting thought, Susan. It is always interesting to see where a young person winds up. Particularly a young individual who is so powerful.