You Will Love The New Muppets Movie Soundtrack (2011) 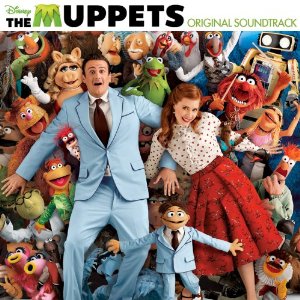 We saw The Muppets Movie shortly after it was released on November 23, 2011 and thoroughly enjoyed it.  As a matter of fact, it was so much fun that I almost found myself singing along with The Muppets and I am sure I was not the only one.

The soundtrack includes remakes of old Muppet favorites like the Muppet Theme Song, Rainbow Connection (The Moopets version) and Mah Na Mah Na as well as numerous songs that are new including Man or Muppet, Life's A Happy Song and Me Party, a duet by Miss Piggy and Amy Adams.

Trailer aside, this is the one album that I would love to be given at Christmas.  It is, of course available from Amazon on CD or as an MP3 download.