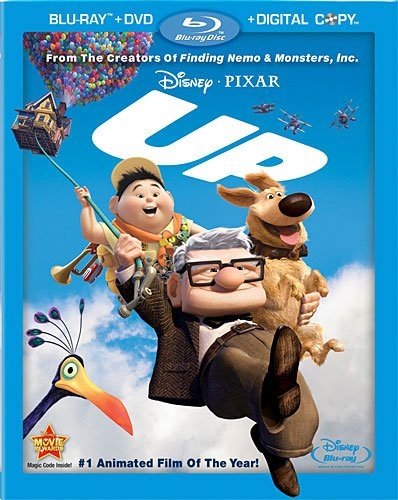 Up was a tremendously popular animated movie and was called the best blu-ray movie of 2009, which is a pretty strong reference given the number of quality movies available that year.

Saying that "the image's textures are almost palpable" and "the sound has a genuine physical presence," Sound & Vision Magazine put UP at the top of their best blu-ray movies of 2009

Blu-ray.com had Up at the top ot their list, too, calling UP a spectacular, must-own release and calling it one of the best movies of the year.

High Def Digest said that Up has it all and also named it one of the best movies of the year, calling it a MUST OWN.

If you haven't already watched UP, here's a peek:


Up managed to hold onto a top spot on the best-ever blu-ray movie list for a number of years. If you enjoy animation, we believe that UP deserves a place in your blu-ray movie collection.

Click here to order your copy of UP from Amazon. 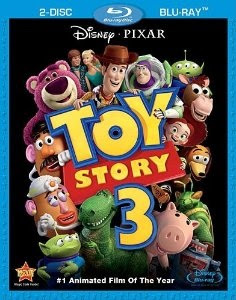 Who doesn't know Toy Story 3? It features a grown-up Andy going to college and parting with some of his toys. Woody, Buzz, Jessie and the rest of the gang had a lot to lose and could not help but wonder if they were headed for the landfill, the recycle depot or a new adventure.

Toy Story 3 is ranked highly on all counts, with the experts and the ordinary viewers.

The blu-ray? Well, it proved to be spectacular.
Blu-ray.com said, "Toy Story 3 (on blu-ray) is an audio visual powerhouse." This movie is great for adults and children, making Toy Story 3 one movie that you definitely should have on blu-ray. They used words like marvel and they found it to be both a perfect conclusion to the series and a perfect movie experience. They praised that it was great for children and for adults and they called it an instant classic. 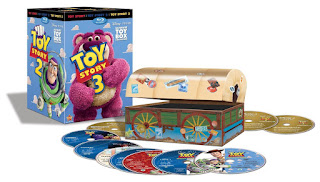 High-Def Digest called Toy Story 3 one of the best Pixar movies out there. They praised the time it took to create this movie. They said that both the video and audio are demo quality and that the blu-ray disc features plenty of extras. Their final verdict was that Toy Story 3 is a must own blu-ray.

Toy Story 3 was amongst the BEST BLU-RAY MOVIES OF 2011. Whether you're looking to expand your collection or you are looking for a first class blu-ray disc for an animated movie fan, you cannot go wrong with Toy Story 3.

Click here to order your Toy Story 3 DVD from Amazon.
Click here to read more about the Toy Story Ultimate boxed set on Amazon.
No comments: Links to this post