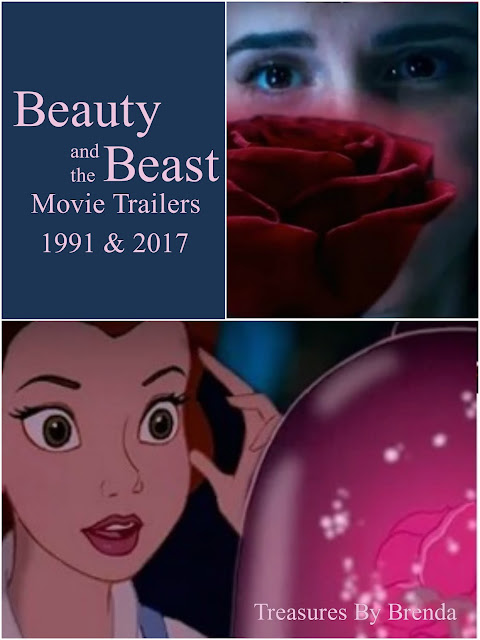 I know there are many of you - actually millions of you - who are excited about the new Beauty and the Beast movie and that I am not alone! If you are keen on the original animated movie, I bet you are wondering what the new live action version starring Emma Watson will be like. Questions like will Disney follow the original storyline, will the films be similar and will you be pleased or disappointed are likely running through your mind.

Well, it is early times yet but I just uncovered a helpful Youtube video, which nicely compares the two movie trailers: the one from the original animated movie release in 1991 and the one from the upcoming 2017 live action movie. If the video is any indication, I think we have the right to be excited.

Disney has been doing the movie remakes so far in a way that generally pleases the fans. The animated movies that have been brought to life to date include Cinderella, The Jungle Book and Alice In Wonderland. Personally, I was not totally thrilled by Alice in Wonderland but that is another story.

Disney's reboots are proving so successful that there are rumours of upcoming remakes for the films Dumbo, Pinocchio, The Little Mermaid and a Sword In The Stone. As Uproxx says, Disney seems to have adapted an "If it ain’t broke, don’t fix it" frame of mind. That works for me and I bet it works for you, too.

Are you excited? I am. The trailer, although very short, really is magnificent. It looks like we have a great movie to look forward to.

Count me firmly amongst those who are eager for the latest version of this timeless tale to make its big screen debut. The 1990s cartoon version was a huge deal for many youngsters of my generation, myself included, and I'm very much looking forward to seeing the latest adaptation through adult eyes. Fingers crossed that it's a gem of a movie, too.

Have a fantastic week!
♥ Jessica

Thanks for visiting, Jessica. Hopefully all our dreams (with regard to this movie) will come true!