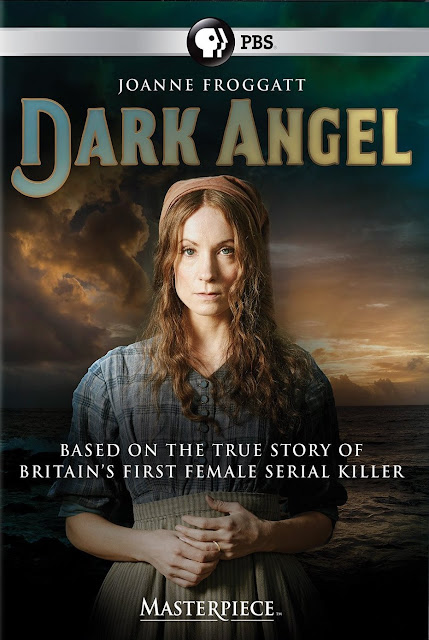 I love many PBS Masterpiece productions and sat down with my husband to watch DARK ANGEL not quite knowing what I was getting into. When you watch this show, you need to know that this film is based on the true story of Britain's first female serial killer. Knowing that fact lets you know that what you are about to see is not a lovely, uplifting film but rather a very dark one and helps make sense of the number of deaths that occur fairly early in the film. 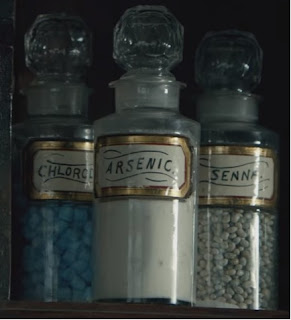 RECOMMENDED? Yes, I will recommend this film for fans of period pieces and the history of Britain. Be aware that there is sexual content and multiple deaths though not of the bloody and gory kind they but rather the violent result of arsenic poisoning.

How many people did the real life Mary Ann Cotton kill? The tally is not and will never be known though it is thought to be between 13 and 21. We lost count in the movie of the total number of people she killed in the film version of her story.

Buy Dark Angel on Amazon.
Read about the real Mary Ann Cotton on the websited devoted to her story.