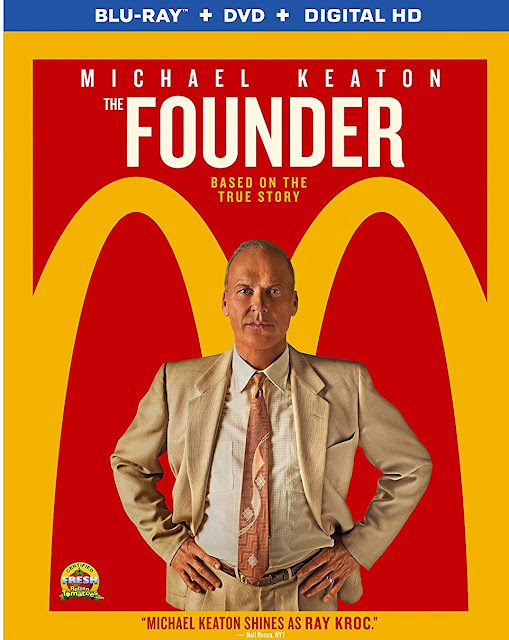 The Founder is a 2017 movie based on the true story of the McDonald's restaurant chain. How much is true and how much is fiction is not clear to me but the story is very interesting and tells how one of the world's biggest fast food chains grew from one tiny location in 1955 to become a restaurant that is recognised around the world.

The movie is based on Ray Kroc's autobiographical book but apparently also includes references to unofficial biographies. McDonald's approved the use of their brand including buildings, uniforms and equipment as long as it was accurately represented.

As the following trailer says, with orders ready in 30 seconds instead of the normal 30 minutes, the concept was definitely unique, original and revolutionary. It changed the face of the restaurant world. Watch for yourself:

Here's another interesting video from Alltime Movies with 25 facts about the making of the movie The Founder:

As the Alltime Movies video points out, Ray Kroc can be taken to be either a money making monster or an American hero. Because of the way he is portrayed in this film, I would definitely vote with the first. However, I still thought that this movie was well done and interesting because of the importance of McDonald's in America's history and pop culture and I would RECOMMEND it for anyone who likes historically based stories and who has a relationship either good or bad with McDonald's.

Blogger Flixchatter thought that the film could have been paced a little faster and that the performances were a bit uneven and closed by calling it an "intriguing biopic about the dark, shady side of the American dream." I would say that pretty much sums up this movie.

You can learn more about The Founder on Amazon by clicking right here where it is available on DVD, blu-ray disc or as a rental on Amazon Video .

Have you seen the movie? What did you think?