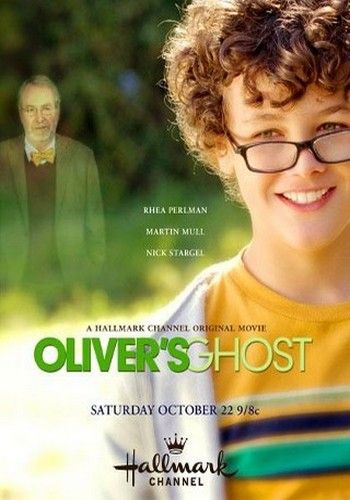 Oliver's Ghost, A Ghost Of A Story


Oliver's Ghost aired originally on the Hallmark Channel, a  Halloween movie in which a boy can see ghostly spirits. He moves to an old house in the suburbs where he can see the previous home owner's spirit and he and a neighbor work together to help free that spirit by having him let go of his earthly regrets, which allows the house and the family to resume normal living.


Meet Nicholas Stargel Child Star of Oliver's Ghost Nicholas Stargel plays the child star in Oliver's Ghost. He started acting when he was five, appearing on the t.v. show Monk. In the next five years, he has appeared in six more shows and movies: Hallmark Hall of Fame's Front Of The Class, One Tree Hill, Past Life, Tyler Perry's Meet The Browns and Drop Dead Diva. He has also appeared in many television commercials for companies like Subway and Special K and has appeared in print. Nicholas lives in Georgia and California, splitting his time, as required. Besides acting, Hallmark says that he enjoys sports including baseball, football, soccer and that he is also a singer and guitar player.

As far as I am aware, Oliver's Ghost has not made it to DVD so you will have to catch it when and if Hallmark airs it at Halloween time.  If you know otherwise, be sure to let me know. If you have seen this movie, be sure to let us know what you thought, too!


Not Too Scary Movies For Tweens or Pre-Teens on Halloween.
Your Tween will probably be clamouring to see a scary movie this Halloween and probably will want to do so without you around....
Hallmark's Growing The Big One.
Hallmark's 2010 fall or Halloween themed movie, featuring small town life and giant pumpkins..

Halloween Every Day, A Halloween Blog.
Take six Halloween enthusiasts, put them in a great big black cauldron and stir. What do you get?
No comments: Links to this post