Ponyo, which is also known as Ponyo on the Cliff by the Sea, is a Japanese film by Hayao Miyazaki and Studio Ghibli that was released in 2008 in Japan, 2009 in North America and 2010 in Great Britain. The story, which if you are reading this you likely already know, revolves around a goldfish named Ponyo and his friend, a young boy named Sousuke. The movie was a highly successful film both financially and critically and earned a lot of fans for both the film and the creators.

If you don't already have the Ponyo in your home movie collection, you can order it directly from Amazon in your choice of either blu-ray or DVD format. I like the set shown below which comes bundled with a plush Ponyo doll though of course, you could choose to build your own gift set and, at this point, that might even be more affordable.

You can find the 2-disc DVD and plush gift set by clicking right here and you can see all of the versions of Ponyo available from Amazon by clicking here. 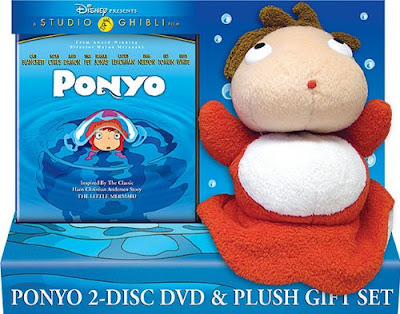 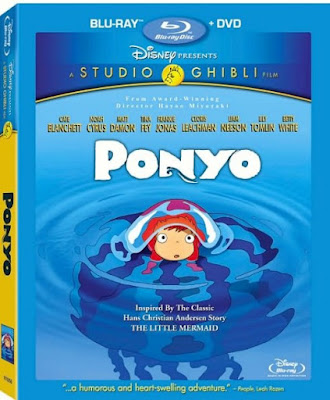 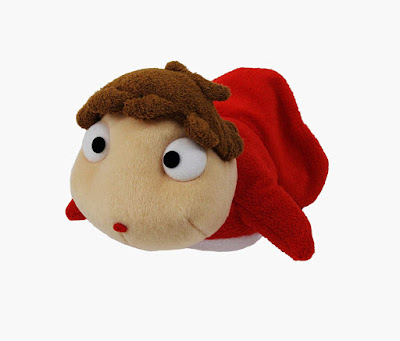 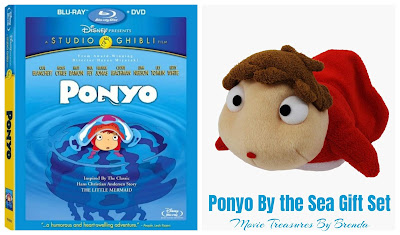 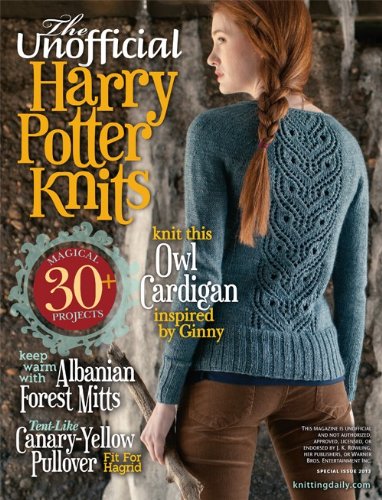 If this existed in prior years, I missed it but I knew many knitters would be excited to see another source of inspiration for Harry Potter themed knitting. I love the ideas as mentioned on the cover of The Unofficial Harry Potter Knits, which include a Ginny inspired sweater, Albanian forest mittens and a Hagrid-style pullover.

Unfortunately, this book is out of print and hard to find. You will find it here on Amazon though when I checked just now the price was quite high. You can also look for it on eBay by clicking here though as I write this, there are none available.  Good luck with your search!

Order your copy of The Unofficial Harry Potter Knits book.
No comments: Links to this post