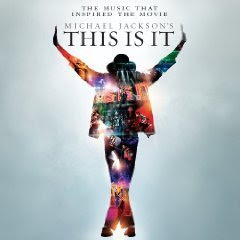 First, I am going to apologize for writing about Michael Jackson for the third time in the last couple of weeks. I am really not a Michael Jackson groupie. However, he did figure prominently in my growing up years and he has been in the news lately.

We just now finished watching two of Michael Jackson's children accept a Lifetime Achievement Award for their father on the Grammy Awards. Their appearance was interesting but not particularly noteworthy; they did a fine job of accepting the words and speaking of and for their father.

Before the presentation of the award, Carrie Underwood, Celine Dion, Usher, Smokey Robinson and Jennifer Hudson did an absolutely amazing job of Michael Jackson's Earth Song.

Michael Jackson's video that was made for the song was played at the same time in the background in 3D which meant, for those of us in the home audience without the proper glasses, the video failed to be beautiful and was actually quite distorted. What a disappointment, especially for someone who saw the original video on This Is It.

Please don't judge this wonderful video based on what you saw on the 2010 Grammy Awards. Instead, check it out in all its glory on the DVD or blu-ray discs.