The Prisoner, One Of The Best Blu-ray Movies of 2009 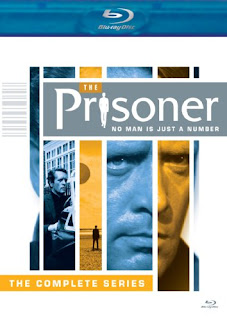 A popular television series called The Prisoner from 1968 holds the next spot on Sound & Vision magazine's list of 10 top movies in 2009.

The Prisoner is the story of a man who resigned from a secret position only to be kidnapped from his home in London and taken to a place called The Village where individuals are referred to by number and held prisoner because of their specific knowledge. The Prisoner (or Number Six) tries to save his mind while struggling to figure out who Number One is and to escape.

Intrigued? I wouldn't be surprised if you are, I certainly am. However, maybe you are already aware of this series and maybe you are one of the individuals who have given this television series a cult-like following.

The blu-ray contains all 17 episodes and four hours of bonus features which North Americans have never been privileged to see before. The disc is considered incredible with a sharp image and vivid colors.
See you
at the movies!
Brenda
Quick Links:
Read more about The Best 10 Top Movies on Blu-ray in 2009.
Order the The Prisoner on Blu-ray movie from Amazon.
Subscribe to Sound & Vision Magazine.