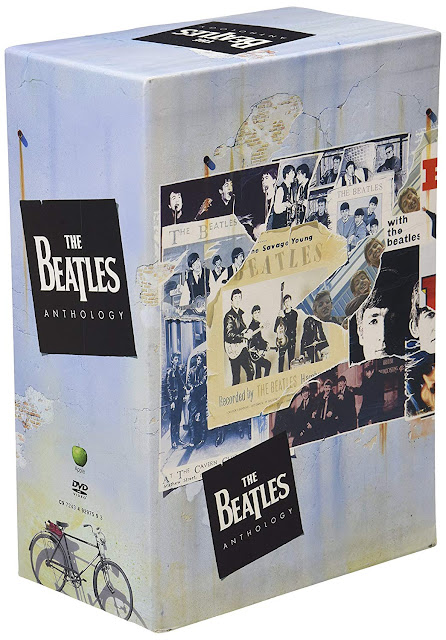 Beatles The Anthology is my answer to having missed the television special The Beatles on Record which aired on television on December 4th, 2009. The reviewer in my local paper called it "way cool, both as a TV program and as a visual record of music history."  I cannot believe that we missed it.

I checked to see if The Beatles on Record is available on Amazon (which has been known to happen with other television specials) but unfortunately, it is not, at least not yet. So I looked to see what else was available if you wanted to see a film about the Beatles and was pleasantly surprised to find this one called Beatles The Anthology.  It sounds like it would be perfect for my 18-year old son who has the Beatles tunes going around on his iPod and for my husband who, of course, has a history with the Beatles. 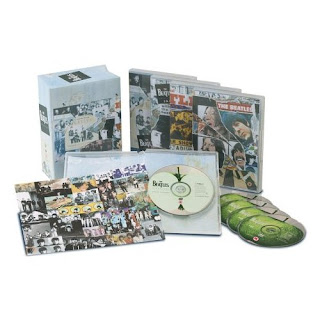 Beatles The Anthology was also a television special and was released on DVD in 2003 which starred John Lennon, Paul McCartney, George Harrison, Ringo Starr and Neil Aspinall. It is a boxed set which features 600 minutes of black and white and color film.  That is a lot for anyone who is NOT keen to learn about the Beatles.

Amazon said, "This stands as a comprehensive document of that heady period, the second coming of rock and roll, as the Beatles took what Elvis had started and expanded upon it exponentially. The tapes (DVDs) give a solid sense of the historical context and the way these four musicians changed the world around them in the 1960s."

Well received by fans the world over, it has a whopping 297 five-star reviews making it Amazon's best Beatles DVD.

One Amazon customer said, "The Beatles Anthology is a true and noteworthy piece of history. I can't believe that I've gone so long without seeing or owning it, but after receiving my DVD box set, I literally spent an entire weekend watching the entire thing. Probably I thought beforehand, as many would, that over the years we have seen and heard all there is to see and hear about The Beatles. Not even close! I was amazed at the footage and audio that was presented in this collection, which includes more than a few gems."

Until The Beatles on Record is rerun on television or available on DVD or blu-ray, this sounds like a great substitute for Beatle fans like the men in my family.

Get your copy of The Beatles Anthology from Amazon.

Email ThisBlogThis!Share to TwitterShare to FacebookShare to Pinterest
Labels: documentaries, documentary, music, on record, pop, the anthology, The Beatles