Which Will Be The Best True Grit Movie? 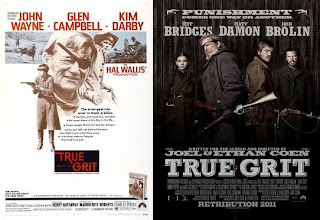 Which True Grit movie is the best?

As I write this post, I realize it is a just a bit early but I cannot help but wonder if Jeff Bridges' 2010 version of True Grit will be able to measure up to John Wayne's 1969 version.

Will it go on to become "one of the major entertainments of the year" as the New York Times said about the 1969 version and will it still be a popular movie, forty plus years later? Only time will tell...

When you have seen both movies, be sure to visit my new page Which Is The Best, John Wayne's Or Jeff Bridges' 2010 Version Of True Grit and let us know what you think. Heck, you might even be able to use my page to decide whether you WANT to see the new version.

So tell us, what do you think? Can a remake of a western classic hope to compete?