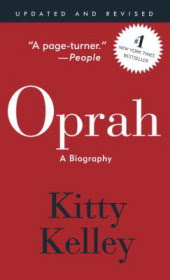 Twenty-five years ago The Oprah Winfrey Show had humble beginnings in a roller-skating rink located in Chicago. A 32-year old black woman who had broadcasting experience and, possibly more important, AMBITION, won a position on a talk show. She went on to turn that talk show into a force to be recognized and today that empire includes the worlds of movies, plays, books, documentaries, magazines, radio, spinoff shows and, most recently, a brand-new television network called OWN.

The first Oprah Winfrey show aired on September 8, 1986, and was not immediately successful. Oprah had to work to find a place on daytime television. Her show went on to cover a lot of ground -- from interviews with Nelson Mandela to dancing with Tina Turner -- and eventually found solid ground as what Oprah herself calls and what some might debate, 'meaninful television.'

I don't think, however, that anyone could argue that she entertained and she taught. She made people laugh and she made people cry. I myself was quite excited recently when Johnny Depp shared her stage.  In the future Oprah will be sharing from behind the scenes of OWN. My guess is that she has a lot of interesting projects up her sleeves.

How about you? Do you remember any of the first Oprah Winfrey shows? Were you an Oprah fan? What memories has Oprah given you?