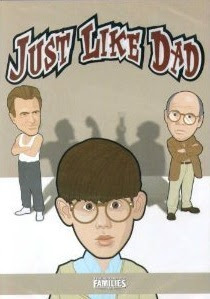 Just Like Dad is a 1995 Feature Film for Familes. It's a simple story of a boy who hurts his dad while trying to figure out how to become more popular with the students at his new school. He learns that although his father is not a big strong guy physically, he has other strengths.

The child star of this movie is Ben Diskin, who no doubt has grown up since he made this movie. I see his more recent works includes voicing for video games and the television show, The Spectacular Spider-Man.

Feature Films for Familes are great safe movie choices if you have children in your home. I like the questions that come on the case, to help generate conversation AFTER you watch the movie.

Here's a glimpse at the movie via the movie trailer:

Should you decide to buy this movie from Amazon, you will be pleasantly surprised at HOW affordable it is. A search for Feature Films For Families, turns up an interesting selection no doubt worth consideration.

Buy Just Like Dad from Amazon.
Learn more about picking movies for children.