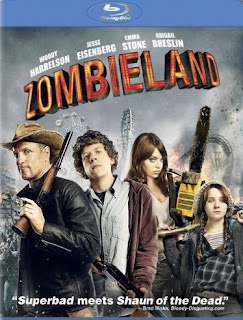 Interesting news in yesterday's newspaper and that was that the movie Zombieland is going to be made into a television series. My almost adult son was thrilled that this would mean TWO zombie t.v. series.

The new series, which has not actually been confirmed, would feature a half-hour episode each week and would be released in the 2012-2013 television season.

Jesse Eisenberg and Emma Stone, two of the original stars will not be a part of the television series.

Does a new zombie television series interest you?

Click here to buy Zombieland from Amazon.
Or here to read my review of the 2009 Zombieland movie.