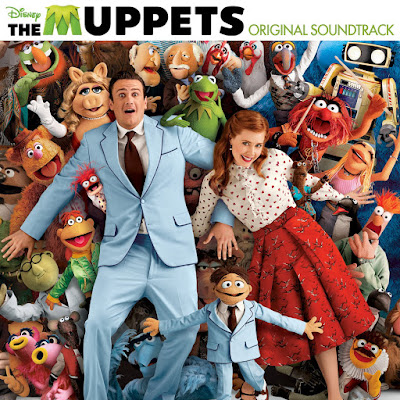 The Muppets 2011 movie received an Oscar nomination in Music for Best Original Song. As writer Bret McKenzie said, the song 'Man or Muppet' is a great song that works extremely well within the context of the movie. He wanted to create a powerful ballad with this song and he did.

You can see for yourself in the official music video for 'Man or Muppet', which features Jason Segal and the newest Muppet, Walter:

It's a song that is beautiful, memorable and dramatic and yes, at least it is to me an 'earworm' or a song that will get stuck in your head, especially if you relate to these characters. It makes me really want to sing out the song aloud - and I am no singer.

I'll be watching The Academy Awards on February 26, 2012, to see if The Muppets (or rather Bret McKenzie) wins the Oscar for Best Original Song and to see if they make an appearance. In past years, it was normal for the nominated songs to be presented on stage but I read today that neither of the two nominated songs will be performed.  However, we can still hope that The Muppets will make an appearance of one sort or another...

See you
at The Oscars!
Brenda