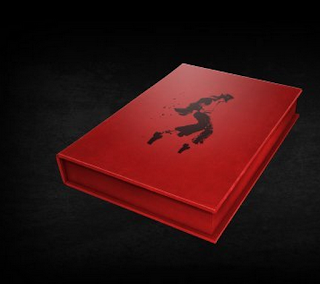 The Opus is a celebration of Michael Jackson's life and a magnificent, large leather bound collectors item.

The Official Michael Jackson Opus is SOLD OUT.  However, you can still buy it from sellers on Amazon by clicking right here. Because it is sold out, you will probably pay a premium for it but I know that will not stop true Michael Jackson fans who will be thrilled with this tribute to the king of pop.

Here's a peek into the book via the official Youtube video courtesy of Opus Media:


Michael Jackson was consulted on this project and is said to have been very enthusiastic about it. Unfortunately, because of his untimely death, he did not get to see the end result, which would have included images and information from the cancelled London concert.

Personally, I would love to read The Official Michael Jackson Opus.  How about you? Are you curious? Or maybe you have already seen the Opus?