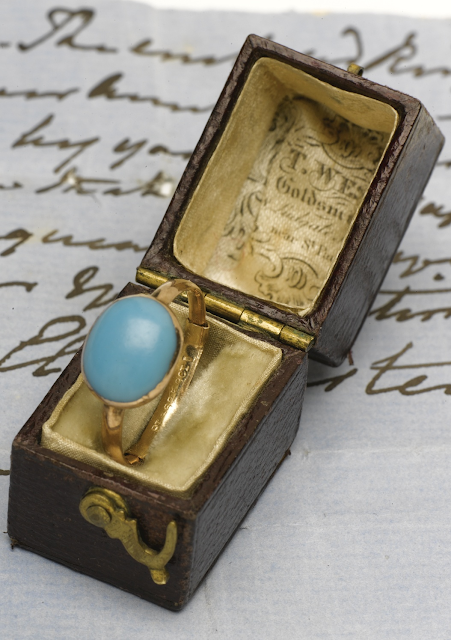 Did you catch the recent sale of Jane Austen’s gold and gem set ring to American Kelly Clarkson?  Well, I nearly missed it but many did not.

Apparently, Clarkson bid on and won the ring at a Sotheby’s auction for just under $246,000. However, historical interests in England spoke up and asked to have the sale blocked in an effort to keep an important part of history in the country. The British government agreed and placed a temporary ban on the export of the ring in an effort to give British concerns time to come up with the purchase price.

My local newspaper says the ring was bequested to Austen’s sister Cassandra and that it stayed in the family until the auction. The newspaper also said that Clarkson is happy to relinquish the ring to the museum because so many fans will be able to see it.

Well now, that's a story with a happy ending! (I was worried there for a minute. Didn't want another trans-Atlantic skirmish.) Beautiful ring!