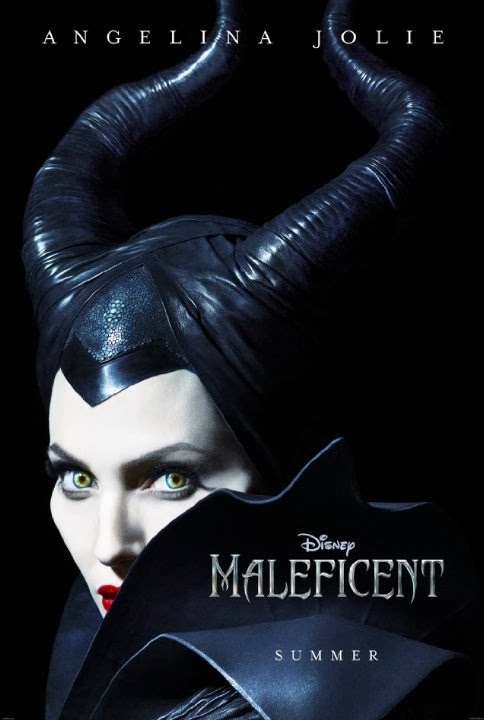 Have you ever wondered about Maleficent's story? Wondered what happened to the wicked witch in Sleeping Beauty that hardened her heart? Or wondered why she cursed Princess Aurora? If so, you will be pleased to uncover the answers in Disney's new movie, which promises to answer these questions.  The movie is titled simply and appropriately Maleficent and is tagged, "Evil has a Beginning."

Cast in the lead role is Angelina Jolie who looks properly menancing.  You all know Jolie, whose works have included Lara Croft: Tomb Raider and more recently, The Tourist opposite Johnny Depp.

Elle Fanning joins the long list of cast members in the role of Princess Aurora.  Elle has a long list of credits that include Because of Winn-Dixie and the Curious Case of Benjamin Button.

Further down the list of actors is a favorite actor of mine, Imelda Staunton.  I always enjoy Staunton's work and love finding her tucked away in yet another movie.  Amongst Staunton's credits  are the movies Vera Drake and Harry Potter and the Half-Blood Prince, in which she brought Dolores Umbridge to life.

Check out the official movie trailer for Maleficent here but be warned it looks properly menacing and not suitable for the youngest of Walt Disney fans:


Watch for Maleficent in theatres this May!

Click here to order this Disney Maleficent poster from Amazon.
Find out what movies Disney has out of the vault.