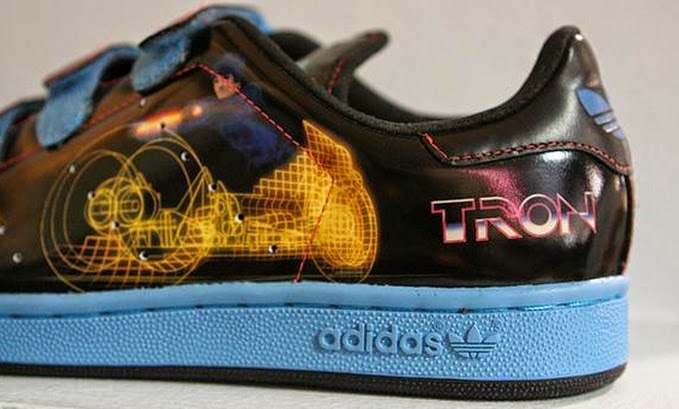 Until the release of Tron: Legacy, I had not even heard of the Tron movie and video game franchise.

I received my introduction to the movie when we took our teenage sons on a birthday outing to a movie. They chose to see the then-new Tron: Legacy movie and we all enjoyed it.

As a matter of fact, once I saw the movie, I was quite curious about the original 1982 Tron movie, too and eventually had the opportunity to view it.

When I was looking for information about the two Tron movies, I discovered this video and that Tron Legacy actually was translated into the real world of fashion. I guess that is not entirely surprising given how often movie items become merchandise choices for fans.  However, I really enjoyed this video in which high fashion pieces are shared from the likes of designer Robin Rotenier, apparel designer Nichole Jordan and designerJerome Rousseau.

If you enjoyed Tron or you are intrigued by how movies become merchandise, I know you'll enjoy this short video.

Would I ever wear any of these items? No way! I am a comfort clothing kind of woman but I still enjoy the idea of such futuristic clothing.

I might, however, be convinced to wear the female equivalent of the Adidas shoes shown at the top of this page, if they made them for women.

How about it? Would you like to own some Tron-themed clothing?

Check out the Tron shoes on eBay.
Picture from Will Pate on Flickr.

Hmm..I like the robot-ness of it all, of course. But I'd like a little less literal of an interpretation for the any merch :D

I agree that most times a more subtle interpretation is required but I'd love to wear these to the movies...and just around and about when I was having fun!