September 9, 2009 saw the remaster and re-release of The Beatles music collection in stereo and mono sound and some called it Christmas in September.

The set was officially endorsed by both surviving Beatles, Paul McCartney and Ringo Starr, and it was definitely one of the musical events of the year.

When the remastered stereo and mono boxed sets were released in 2009, it was four decades after the height of popularity of The Beatles but that did not matter because the world still loved (and still loves) The Beatles.

If you were not previously aware of this set and you love The Beatles, you will get a feeling for its power when you watch The Beatles remasters video trailer:

The initial run of the boxed sets was so successful that it sold out right away but it is readily available now on Amazon by clicking right here.  I do not remember the original retail price but expect you will have to pay a premium if you want to own a  new set and that you may be able to save a bit of money if you choose a used set from one of the resellers on Amazon.

When this set was released, the Beatles were the second best-selling artist of the decade, the 2000's. The release of these remastered albums surely helped keep them in that spot, if it did not propel them to the top.

Are you a Beatles fan? Does it matter to you that The Beatles library has been remastered?

Brenda
Treasures By Brenda
You never know what I
might have in store for you!

Check out both of the Beatles remastered recordings on Amazon by clicking right here. 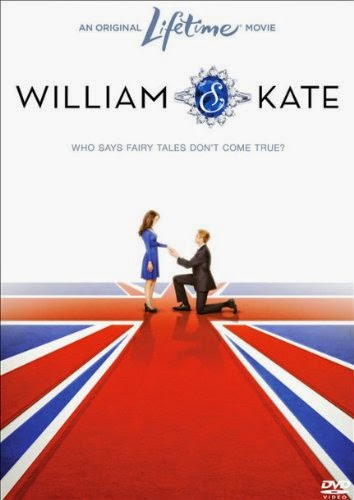 I watched Lifetime Original's movie, William and Kate: Who Says Fairy Tales Don't Come True, which originally aired on television during the week of their wedding.

I was totally impressed with William at first...

If you are looking for a film that gives you a peek into the pre-wedding relationship of this modern day royal couple, you will enjoy this made-for-television movie, which is available on DVD from Amazon by clicking right here. Frozen returns to the big screen on March 13, 2015. It's a new animated short that features our favorite characters from Disney's hit movie Frozen. You will find it at the movie theatre when you go to see the new live action version of the movie Cinderella.

Take a peek here for yourself in this short Youtube video as two directors, Chris Buck and Jennifer Lee discuss the upcoming release:

Anyone else anxious for more Frozen? I know you are!

Watch The Story of Frozen: The Making of a Disney Animated Classic. It's an instant video download for $1.99 on Amazon.
The Best Frozen Gift Ideas.
Disney's Limited Edition Frozen Dresses.