A Passage To India on Blu-ray 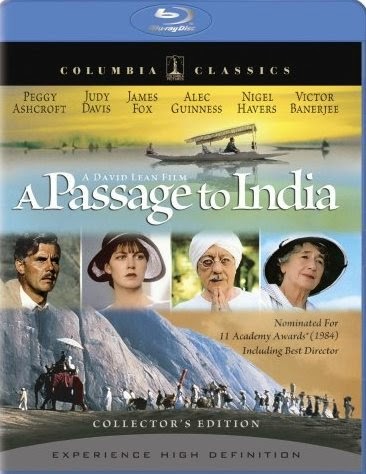 A Passage To India Was One Of The Best Blu-ray Movies of 2008.

A Passage To India was crafted from the novel by E.M. Forster and tells the tale of the British way of life and racism in colonial India in 1928. It stars Judy Davis, Victor Banerjee, Peggy AShcroft, James Fox and Alec Guinness. It was nominated for eleven Academy Awards and won for won an Academy Award for Best Supporting Actress (Peggy Ashcroft) and for Best Score (Maurice Jarre.) Director David Lean had previously created 'Bridge on the River Kwai' and 'Lawrence of Arabia.'

High Def Digest said, it is "A rare treat to get something other than science fiction or action movies on Blu-ray, that it is a fine film and a treat to watch in high definition and that it is heartily recommended for the true film buffs out there."

Home Theater Forum called this movie, "first-rate filmmaking to be enjoyed by anyone who is drawn to historical epics."

DVD Talk DVD talk remembered that this film received a the lukewarm reception in 1984 but calls it, "a real movie, a rare item in the lean, mean Reagan years."

Click here to order A Passage to India from Amazon.