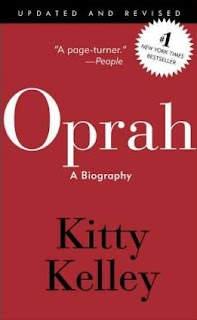 
O, Oprah! Author Kitty Kelley wrote another biographical book, an unauthorized biography of Oprah Winfrey, which was released on April 13, 2010 and which generated plenty of discussion and controversy about Oprah Winfrey's "hidden life."

Kitty Kelley spent three years and 800-plus interviews gathering information for this book, but her writing tends to ignite controversy no matter who's in the spotlight (Nancy Reagan, Jackie Onassis, the British Royal family and Elizabeth Taylor are a few of her previous subjects).

On this page, learn more about both celebrities - Oprah Winfrey and Kitty Kelley - and watch the video in which Oprah responds to the book.


In this three-minute interview, author Kitty Kelley defends her book, Oprah: The Biography. She says that, since Oprah is probably the most powerful woman in broadcasting and idolized around the world, it is highly likely that people are going to rush forward to defend her. However, she also says that her book tells the plain, unvarnished, off-camera story of Oprah Winfrey.

Oprah Responds to Kitty Kelley's Book - But should she...


According to ShowBiz Tonight, Oprah Winfrey made small reference to the book on an awards show, breaking silence. However, since everyone loves her and whatever she talks about, be it good or bad, drives sales, the hosts discuss whether she should have spoken at all since speaking out may have fueled additional sales of the book. They also point out that there have been NO lawsuits nor denial about the contents of this book...

Final Thoughts on Oprah: A Biography


What do you think? Have you read the book? Do you suppose Kitty Kelley's stories about Oprah are true and the information is accurate? Has Oprah misrepresented her past? We want to know what you think of both the most powerful woman in America as well as her sometimes controversial biographer.

Kitty Kelley's books always generate controversy, though she backs up her "facts" with hours of in-depth interviews with people from her subject's past (in this case Oprah Winfrey's).

Do you believe Ms. Kelley is reporting the truth or has she presented the facts in a way to create controversy and generate publicity? Has Oprah misled the public about her past for all these years, or is she telling the truth and these stories are mostly fabricated? What do you think?

I think it boils down to the fact that it is hard to know what the truth really is and that we will likely never know the whole, true story.

Order your copy of Kitty Kelley's Oprah Biography from Amazon.


Please note this page was originally written in 2010 and appeared on another website.