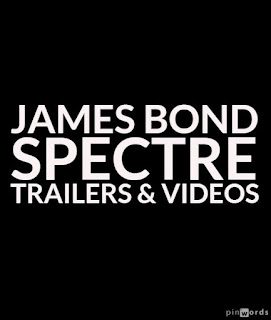 As we await the next James Bond movie, Spectre, the producers tantalize us with another trailer. However, if you are curious about the upcoming film, you won't want to stop there. There are a few other interesting videos available including a short clip showing movie director Sam Mendes discussing the movie, a video about the exciting cars of Spectre, one about the incorporation of Mexico's Day of the Dead celebrations into the movie and finally, an early video about shooting in Austria.


Here is the video in which director Sam Mendes talks about the movie. He says that Spectre is about Bond, "whether or not he should continue to pursue the life he has pursued, whether he matters and if he is going to continue."

The Cars of Spectre


Then there is a video about the cars. Part of the huge appeal of the James Bond movies for the men in my life are the cars.  In Spectre, Bond drives an Aston Martin. A bonus for car fans is the fact that the car will go up against a really special Jaguar. Mendes says that they are two of the fastest cars in the world...neither of which we will have ever seen before.


Day of the Dead Celebrations in Mexico


The movie might have you wanting to visit Mexico.  It painstakingly incorporates the Day of the Dead celebrations and 1,500 fully costumed extras in the opening scene, As one make-up artist says in the clip, it may be the most visually exciting opening in a Bond movie ever."


Alternatively, the stunning scenery in this scene may have you wanting to go somewhere cold...like Austria. Looks like it will be another Bond film that is "exciting to look at."