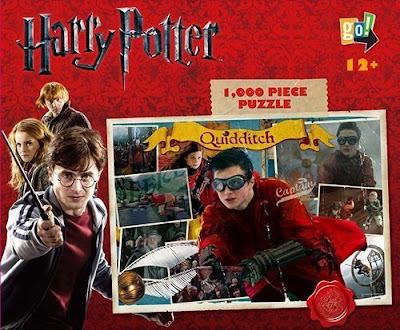 Harry Potter fans will want to check out these jigsaw puzzles, which I just discovered. My family grew up with Harry Potter and we love to work puzzles so working a puzzle from Harry's world seems totally appropriate. If you like Harry Potter, I know you will like these puzzles whether or not you are a jigsaw puzzle fan. 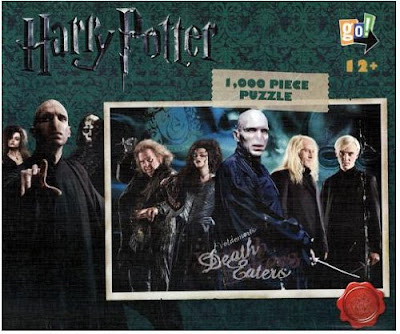 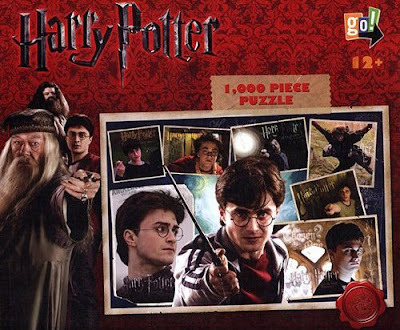 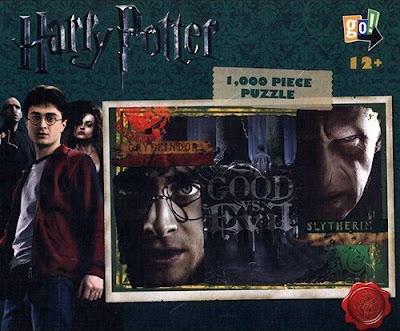 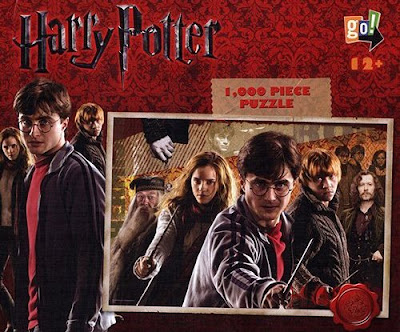 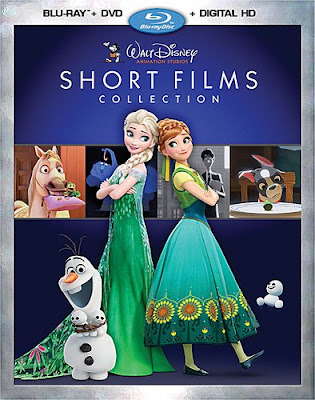 From Walt Disney Animation Studios comes a new collection of short films including the much anticipated Frozen Fever with Anna, Elsa, Olaf, Sven and Kristoff, which is available for the first time on blu-ray disc or DVD

It includes the Oscar-nominated Lorenzo.

It includes classic cartoon characters like Mickey Mouse in Get A Horse.

It has ten additional shorts: Paperman, Feast, John Henry, The Little Matchgirl, How To Hook Up Your Home Theater, Tick Tock Tale, Prep and Landing: Operation Secret Santa, The Ballad Of Nessie and Tangled Ever for a total of twelve animated shorts.

Special features include introductions to and interviews with Disney animators and film makers.

Blu-ray.com praises the virtue of some of the shorts, most notably Paperman and Feast, and calls some of them hit or miss. The reviewer warns that many of the shorts have been seen before as extras on other blu-ray releases so if you own or have seen many Disney shorts before, you may not see them for the first time in this collection. They do go on to praise the audio visual quality of the blu-ray release.

Here's a look into the contents of this shorts release:

Jim Hill of the Huffington Post says, “It’s a clever collection of modern era Disney animated shorts that is a must-have for any serious film fan." Will you be adding it to your collection? 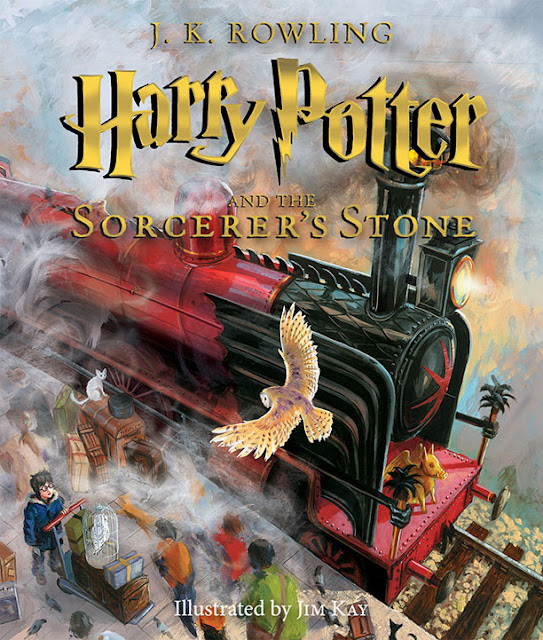 Apparently, all of the Harry Potter books will be re-released as illustrated books and author J.K. Rowling personally picked Kay to create the artwork.

Remember Harry’s early years when he resided with his not-very-nice aunt and uncle and horrible cousin Dudley? When Harry slept in a small closet under the stairs…

I can hardly wait to see Kay's vision of Harry Potter's world.  To keep you going, here are a few of the pictures from the book from Amazon, starting with the exterior of Hogwarts Castle: 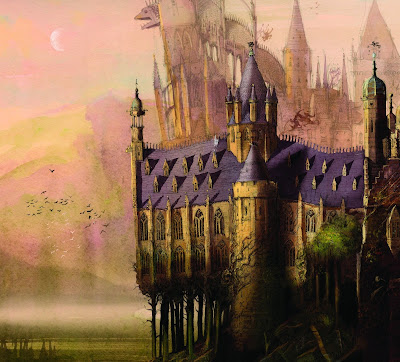 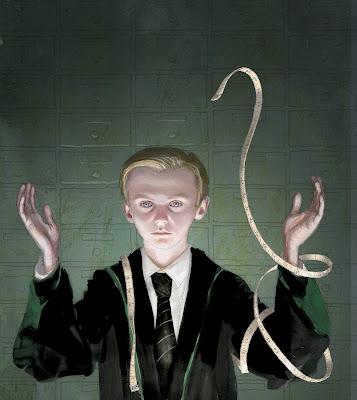 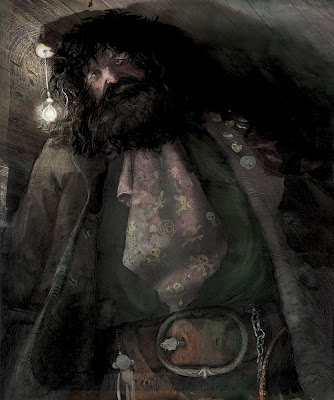 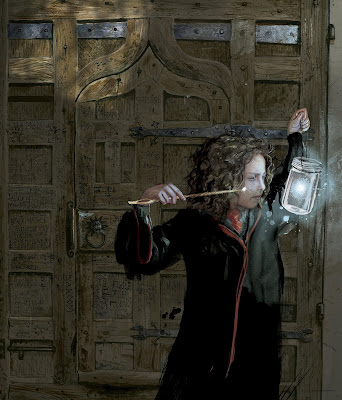 Followed by Draco Malfoy, Hagrid and Hermione Granger.  I think the cover is exciting but my favorite image is the one of Hermione, in part because of the handsome antique door behind her but also because she manages to look like Hermione without looking like Emma Watson.  Which picture is your favorite?

Obviously, I haven't seen the new book yet but I know without seeing it that it will make a great gift for someone you want to introduce to the Harry Potter series. Since I am excited about it,  I also am certain that it will be a top-rated gift idea for a Harry Potter geek. Does anyone you know fit that bill?

You can learn more about the book on Amazon by clicking here. You can also pre-order the book and if you choose to do so, you will be protected by Amazon's pre-order price guarantee. The book's release date is October 6, 2015. I figure that it might be one of the most exciting book releases of the year. 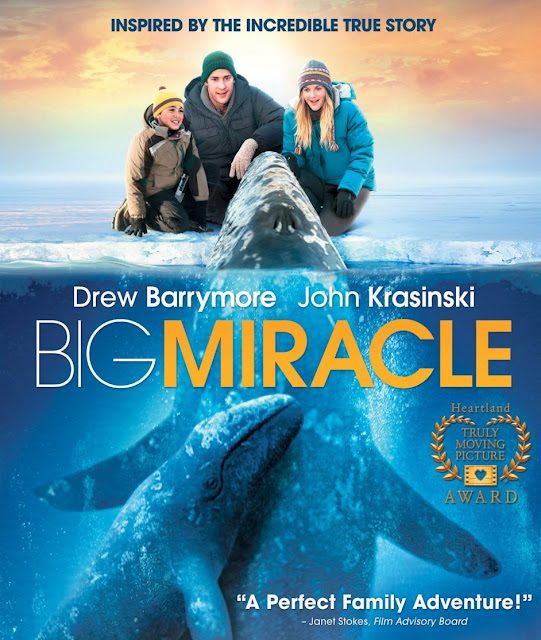 Last night we watched and enjoyed Drew Barrymore and John Krasinski as they retold the true story of three gray whales trapped in the ice in Barrow, Alaska in the movie Big Miracle.

As the tagline on the cover of the blu-ray release shown here says, it was the "perfect family adventure," the moving story of people coming together from all walks of life to try to save the stranded whales.

This event actually did happen in 1988 if not exactly as portrayed by the movie. This movie was actually inspired by rather than based on the true story. However, if the movie helps people remember the event and think about the plight of the whales then and now, perhaps the changes within the movie are acceptable.

Here's a peek at the movie via the official movie trailer:

Plugged In says, "Big Miracle lauds the inventiveness of the human spirit, points to the value of animal life and challenges the cynic in all of us."

The New York Times says, "When people put aside politics and ill will, they can accomplish something they could never manage alone. Big Miracle is savvy enough to allow that many of the people pitching in do so for reasons other than altruism, and it is sentimental enough to have those characters changed by their commitment to the cause."

The Movie Mom gives this movie a B+ and outlines what parents need to think about in terms of this movie. There is some swearing as well as peril for humans and for whales.

Big Miracle is a nice film and comes recommended by us for anyone looking for a movie about whales and life in Alaska.