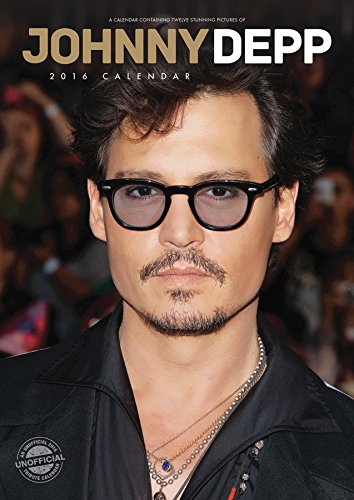 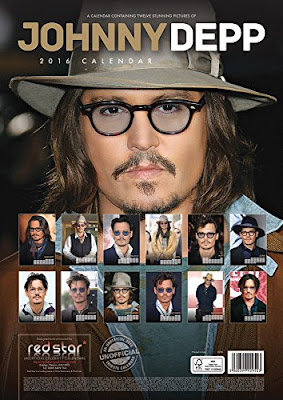 For those who care, and I know there are many of you, I have found the new Johnny Depp calendars and am sharing my pick here, the large wall calendar from Red Star. The pages present 16.5 inches by 11.5 inches of our favorite uniquely talented, charming, smart and funny male celebrity. If you area big Johnny Depp fan, use a calendar full of his handsome image to mark the days in 2016.

For a bit of extra fun I have used five adjectives in this post that I think best describe Johnny. Be sure to share yours in the comment section shown below. 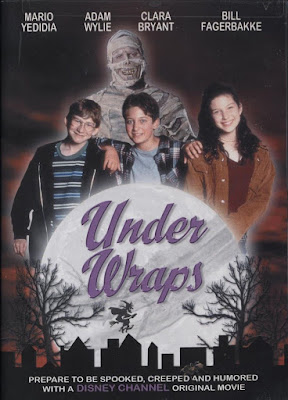 Under Wraps: A Disney Channel Original and a Hallmark Movie


As an eBay seller, I seek out unusual, out-of-the-ordinary movies to sell. In 2013, I came across a move called Under Wraps and I carried it home, curious about it for two reasons. Firstly, because it had a mummy on the cover and children in the pictures, it seemed like it might be a family friendly Halloween movie and be a worthy addition to my page about not-too-scary movies for tweens and secondly, because it was a joint Disney Channel and Hallmark Entertainment movie both of whom produce made-for-television movies that I enjoy.

Under Wraps is a 1997 movie in which three 12-year old children discover and befriend a 3,000-year old mummy. They accidentally set him free but feel obligated to see him safely returned to his sarcophagus by midnight on Halloween so that he won't ** poof ** become a pile of dust. 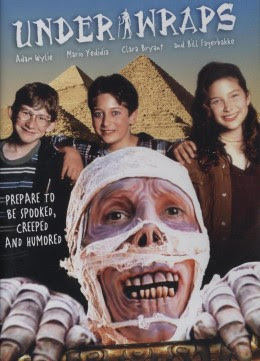 Under Wraps stars three child actors: Adam Wylie from the Gilmore Girls, Clara Bryant from Buffy the Vampire Slayer and Corinne Bohrer from Veronica Mars. Making an appearance as the bad guy Kabut, is Ed Lauter who has appeared in an endless number of television programs and movies during his career. I recognized his face immediately, perhaps from the movie Seabiscuit.

It is definitely a tween or pre-teen friendly movie. The opening scene, set in a movie theatre with two of the main characters watching a horror movie, was the scariest part but is over fairly quickly and I believe it is just the type of scare that your tweens might be looking for. The scene features a gross looking monster attacking a dad in the kitchen. I won't say more for fear of spoiling a moment for you but I will say that it was more intense than I was anticipating but no blood is shown. After that initial fright, there is some sense of scariness woven throughout the movie and a whole lot of screaming, all interwoven with humour. It is a good movie for older children who are not ready for true horror movies as it is part horror movie and part comedy movie.

Don't watch this trailer if you don't want your surprise to be ruined. However, if you want to understand the nature of the scary scene, do watch it. It's a slightly long review at 5-minutes but perhaps necessary if you want to decide whether or not to show this film to your children. Honestly, though if I wanted to enjoy the movie and was previewing this trailer for my children, I'd stop after the initial scene (set in the movie theatre) because this is not just a trailer but a full review of the entire movie with scenes shown all the way to the end. I agree with the reviewer that the opening scene is the scariest part of the movie.


Have You Seen Under Wraps? Are You Wondering Where You Can Buy It?


Now I have to impart the bad news. Although this movie was once readily and affordably available, it is not anymore. It can be very expensive because the demand for it is much greater than the supply.   If you are looking to buy it, I recommend you check the current pricing on Amazon by clicking right here and on eBay by clicking here. You might be extremely lucky and find a copy of the movie that is priced reasonably. However, it is more likely you will find one that stretches your budget or that you might not find one at all.  Good luck to you if you are looking to add a copy of this movie to your collection.

Pricing aside, I think Under Wraps is an enjoyable if somewhat dated movie worth adding to your collection especially if you remember watching it on the Disney Channel when you were younger. It will make you smile. I watched it again recently and even though I was alone I laughed out loud.

How about you? Have you seen Under Wraps? Would you recommend it? Be sure to leave us a comment and let us know what you think about Under Wraps.

See you
at the movies!
Boo-renda

Buy Under Wraps on Amazon.

Not Too Scary Movies For Tweens or Pre-Teens
If you're looking for a movie for a tween that is scary but not too scary, you'll find an interesting assortment right here on this page. 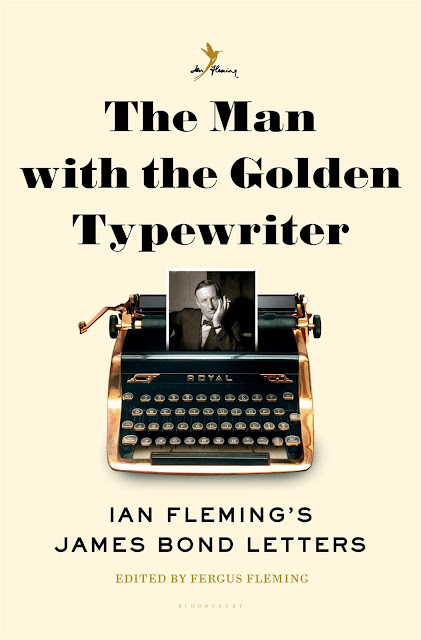 It seems like every year there is a new and interesting release just in time for Christmas from the world of Ian Fleming and James Bond. This year, 2015, is no different and it is bringing this interesting book, The Man with the Golden Typewriter: Ian Fleming's James Bond Letters. Compiled by Fleming's nephew, Fergus Fleming, it shares the letters between Fleming and his fans and how they helped alter aspects of James Bond's world. It looks like an interesting read and will definitely be a great Christmas gift idea for fans of both the author and the spy.

Order your copy of The Man with the Golden Typewriter from Amazon now.
Ian Fleming's The Penguin Centenary Collection of James Bond Books.
No comments: Links to this post