We watched The Martian last night and I was impressed. Matt Damon presents a thoughtful and of course brilliant astronaut named Mark Watney stranded and alone on Mars.  In some ways it is a quiet movie, thought provoking and interesting.

I enjoyed Watney's approach to solving the problems set before him one at a time until you reach the desired end. I particularly enjoyed his wit. Have you tried being funny when you are alone? Finally, I enjoyed his never-give-up attitude. I believe that his way of thinking and reacting are ones that many of us can use in life though I do not really think this movie was meant to teach us a lesson.

The Martian is based on a book of the same name by Andy Weir, which I am given to understand by one of my sons, is a very good read.

Take a peek at the movie here via the official movie trailer from 20th Century Fox: 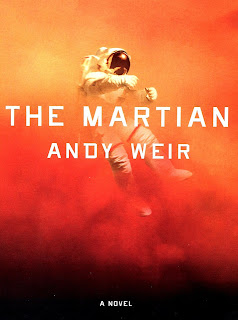 WHAT TO WATCH OUT FOR?


The movie is rated PG-13. In terms of what to watch out for, I do not think there is much to put off an adult viewer. There is a sense of peril throughout much of the movie. There's an occasional swear word delivered in a less than totally offensive manner.  There is an injury requiring a medical fix. I'm not crazy about seeing blood and I did look away during this spot of the film but I would recommend you not let this moment turn you away from watching this film. There's also brief nudity showing the backside of the lead character. I see that the Movie Mom recommends this movie for middle schoolers, which sounds pretty reasonable to me. 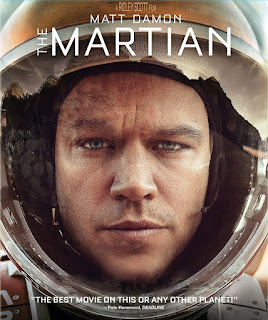 Yes. For sure. The Martian is an excellent film. I am no space expert so I cannot say how well it represents what life would be like on Mars but it certainly will make you think about what it might be like to visit that faraway planet. If you need any further recommendation to watch this movie, you might consider that The Martian was nominated for seven Academy Awards including Best Motion Picture of the Year and Best Performance by an Actor in a Leading Role. Pretty impressive even if it did not win.

You can buy or rent the movie right now from Amazon by clicking right here. I do think that the book and the movie would make a fabulous gift set for anyone who enjoys a well crafted, space themed movie.

Buy or rent The Martian from Amazon.