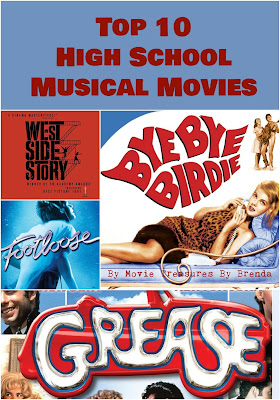 High school musicals there are a plenty these days! However, this page is NOT about Disney's High School Musical series but rather about ten other great musicals. If you love musical movies and particularly high school ones, you are going to love this page.

Even high school musicals, which seem at first to be on the same subject, can be very different. Depending on your taste in movies, you may really enjoy some and not others.  I will add that I originally wrote this page on another website in 2009. There may be a movie that has been produced since then and that was not considered for inclusion on this page.

This list of the best high school musicals was inspired by an article in The Ottawa Citizen and deliberately excluded Disney's High School Musicals because there was already so much written about them. Finally, remember, a best of list is always subjective.

Whether or not you love high school musicals, I hope that this page will inspire you to pick one up the next time you choose a movie. Maybe it will be a trip down memory lane as Grease is for me or perhaps it will be a chance to see what all the fuss was about Hairspray. Whatever the case may be, enjoy your high school musical.

Do not judge all high school musical movies by modern standards; keep an open mind. Remember that many of them were made in different times than those that we live in now. 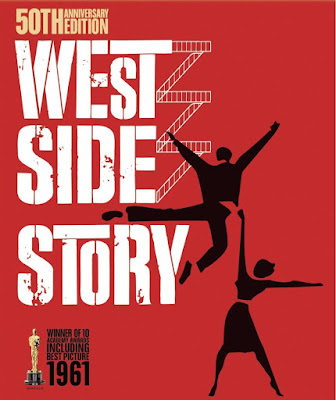 TAGLINE: "You hoodlums don't own the streets!"


West Side Story, the first movie on our list of high school musicals, won ten Academy Awards which included Best Picture. It is a Romeo and Juliet movie set in the slums of 1950s New York. It was directed by Robert Wise and Jerome Robbins and features music by Leonard Bernstein.

In the story, two young lovers are not in the same ethnic group. As a matter of fact, they are in opposing street gangs. It is a gritty movie with elements of hope and tragedy. The song and dance numbers are considered outstanding. However, social issues, relationships and language make this movie suitable for a slightly mature audience and not young children. The Movie Mom, who happens to be one of my favorite family friendly movie reviewers, recommends it for children aged 10 and up.

Click here to order your copy of  West Side Story from Amazon. 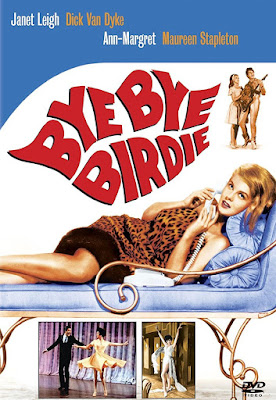 Bye Bye Birdie is all about "that certain something that excites young people when they reach that certain age!" It is a satire of 1950s culture and suburban life centered around a young female teenager who falls head over heels for Conrad Birdie, an Elvis Presley-like rock star.

Click here to order your copy of  Bye Bye Birdie from Amazon.

Take a look for yourself at the movie trailer here: 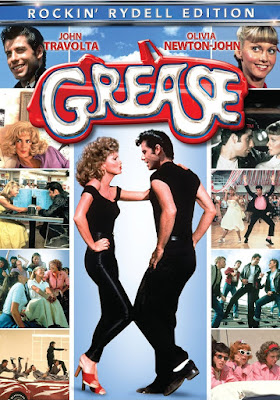 TAGLINE: "Grease is the word!"

Grease is the exciting musical that launched John Travolta and Olivia Newton John into stardom. In this movie, a slick young male gang member falls for a sweet and wholesome girl. It is packed with memorable music and dancing. This movie may seem light-hearted at moments but be aware that is probably not suitable for children under the age of 13 and I was somewhat uncomfortable watching it with my sons even when they were a bit older than that.

Click here to order your copy of  Grease from Amazon.

Take a look at the movie through the trailer: 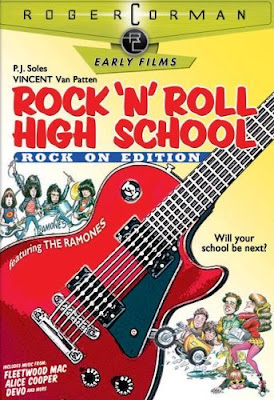 TAGLINE: "Will your school be next?"

Fans of The Ramones will enjoy this high school musical. This movie, according to Amazon "is a blast, a goofy and liberating salute to the rebel spirit behind the teen rock roll movies of the 1950s." 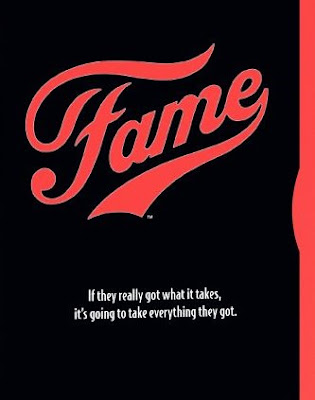 TAGLINE: "If they really got what it takes, it's going to take everything they got."

This 1980 high school musical follows the ups and downs of four teenage students from various ethnic and racial backgrounds through high school at the New York City High School for the Performing Arts. This movie won two Academy Awards for its soundtrack and contains one of the most popular songs of the 1980s.

Click here to order your copy of Fame from Amazon. 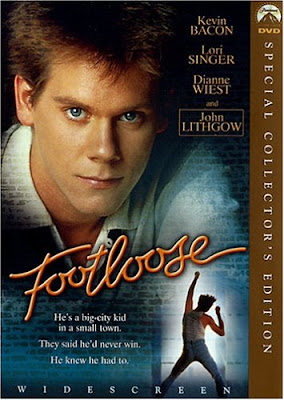 Footloose propelled Kevin Bacon into fame and fortune when he played an urban teenager who has moved to a small town where dancing is illegal. Along with two friends, he created a revolution in dance.

Footloose starred Kevin Bacon, Lori Singer, John Lithgow, Dianne Wiest and Chris Penn and was directed by Herbert Ross. It is recommended for individuals 15 years of age and up.

Click here to order your copy of  Footloose from Amazon. Watch the trailer here: 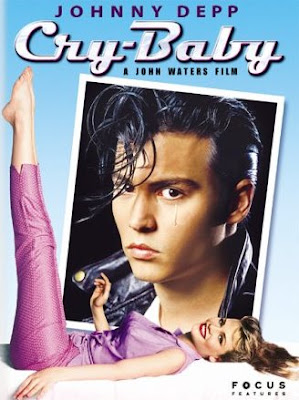 TAGLINE: "He's a doll. He's a dreamboat. He's a delinquent."

"You've made me the happiest juvenile delinquent in Baltimore."

Johnny Depp fans celebrate. Here is another Johnny Depp movie. I am a fan but had somehow missed this movie.

Cry-Baby is a comedy that was set in 1954. It is about a girl who cannot decide if she should remain good or hang out with the boys and a gang leader named Cry-baby, who is able to shed a tear to set girls off screaming. I have read that this is a strange musical with weird characters, but I have yet to see it. What did you think of it?

Click here to order your copy of  Cry Baby from Amazon. 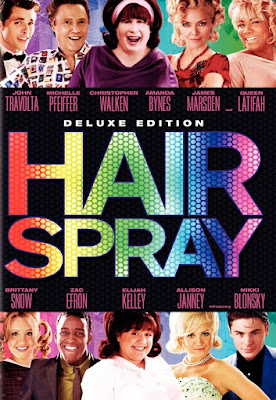 TAGLINE: "People who are different, your time is coming!"

Amazon said that "Hairspray was one of the best films of the year -- it's powerfully moving entertainment that leaves you energized and motivated to fight for what you believe in." It managed to appeal to the movie-going public and capture the excitement of a Broadway musical. My family, which includes two teenage boys, put off watching this movie for quite awhile as at first it just did not appeal. When we started hearing that it might actually be good, we became more interested but we still had to sell it to two teenage boys. When we finally watched it, we thoroughly enjoyed it.

The story is one of a television dance show and big hair but, more importantly, of prejudice and racism in 1962 Baltimore. The main character, a girl who can sing deals with prejudice against 'chubby' people like herself and with the racism of 1962 when the world was still very much segregated.

Click here to order your copy of  Hairspray from Amazon. 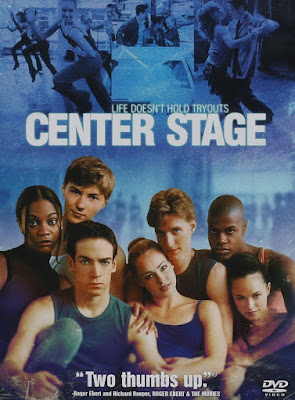 Center Stage is a "goofy fun" film. It follows the steps required in becoming a professional ballet dancer. However, the main story rotates around a sexy jazz dancer and the regular characters in a dancer's life. It deals with the hopes and dreams of ballet students as they prepare to be evaluated by the American Ballet Company.

Center Stage starred Amanda Schull, Zoe Saldana, Susan May Pratt, Peter Gallagher and Donna Murphy. Noteworthy is that the final dance scene features Michael Jackson's The Way You Make Me Feel and If I Was the One.

Click here to order your copy of  Center Stage from Amazon. Watch the trailer here: 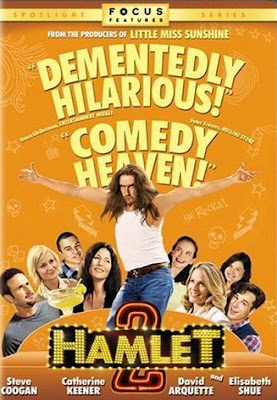 TAGLINE: "Write a play and make it the best you've ever done..."

Hamlet 2 premiered at the 2008 Sundance Film Festival. A comedy, this high school musical features a failed actor who becomes a drama teacher and, when the drama program is threatened, who creates a politically incorrect musical sequel to Shakespeare's Hamlet. I have not seen this movie but it looks like a light-hearted and entertaining high school musical.

The Movie Mom had something interesting to say about this movie that I thought I would share with you. She starts off by saying that it is very raunchy and profane and that the plot is about an outrageous high school production which sees Hamlet going back in time to prevent a tragedy from occurring. There is a song that will offend some but those who come to the play to protest wind up applauding because Jesus is the one character who inspires all to be better and to be forgiving. She calls it an "unexpectedly sweet, sincere, and even reverent" film. I will have to see it now that I have read her words.

Click here to order your copy of Hamlet 2 from Amazon.


West Side Story Movie Review (1961) from the New York Times
Interesting review, originally Published in 1961. What they have done with West Side Story in knocking it down and moving it from stage to screen is to reconstruct its fine material into nothing short of a cinema masterpiece...

Bye Bye Birdie Movie Review (1963) from the New York Times
What with the streets of New York crowded with young people out of school and the breezes that blow in from New Jersey warm with the breath of spring, the Music Hall has a fitting picture to go with its holiday show...

Grease Movie Review (1978) from the New York Times
"GREASE," the film version of the still-running Broadway musical show, is not really the 1950's teen-age movie musical it thinks it is, but a contemporary fantasy about a 1950's teen-age musical-a larger, funnier, wittier and more imaginative-than-Ho

Cry-Baby Movie Review (1990) By The New York Times
Not content to watch old Presley movies on television, John Waters has made a brand new one, and made it in the manner of a teen-crazed Cecil B. DeMille.


The Best Car Movies on Blu-ray
The best car movies of all time is a subject open for considerable debate. It is impossible to put a list of the top ten or even five car films together without generating some disagreement so let me outline the very scientific analysis that I did...

The Top Five Circus Movies
Looking for a list of circus movies? Checking out these recommendations, which include a mix of documentary and drama circus films.

A Family Friendly Leprechaun Movie List
Feeling like visiting Ireland via a movie? Looking for a film to celebrate St. Patrick's Day? You'll find a few here on this list of family-friendly leprechaun movies.

Thank you for adding to our Favorite 5 Link party with such great movie reviews. I have to say that for the longest time Bye Bye Birdie was my favorite. I saw it when it came out...maybe at the movies! There are several on your list I have not seen, so I am going to add them to my netflix cue and see if they are there.

My hubby & I saw Bye Bye Birdie on the Broadway stage in NYC in 1961 and it has always been among our top favorites, especially since we were college kids at the time and teens of the 50s era and could really relate to the storyline. The movie was also as good as the play and is a fun story to do for a high school musical. Delighted to see it included in your Top 10 list.

Thanks for visiting, ladies. The votes for Bye Bye Birdie are well deserved. My preference might be Grease because I was a youth and the movie and the music were so important in the day.