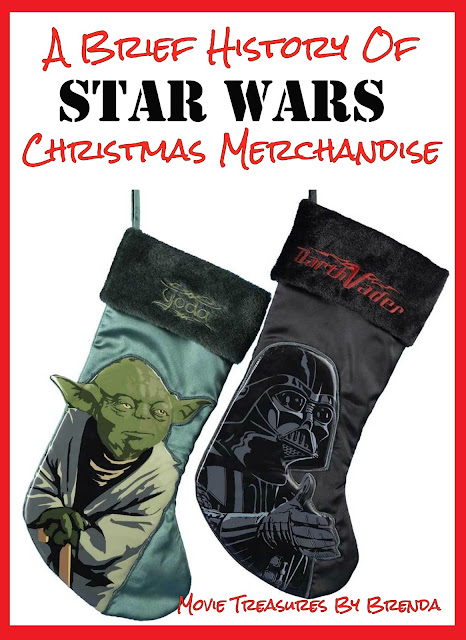 If you live in North America, you know Star Wars. The first Star Wars movie was produced by George Lucas in the 1970s and the popularity of the franchise has grown ever since.

Seven live-action movies later, Star Wars is a huge pop culture phenomenon around the world and, of course, the incredible popularity of these movies has helped spawn some great items for Star Wars collectors.

Until 1996, Star Wars Christmas-themed items were simply not available. The two main holiday items that had been produced were "The Star Wars Holiday Special" a television show that aired in November of 1978 and "Christmas in the Stars" a record album that was released in 1980. Neither of those productions was successful so Star Wars fans would have to wait awhile before having the opportunity to collect holiday-themed items.

A lot changed after 1995. Star Wars holiday-themed items appeared. Star Wars fans now have their pick of decorations with which to adorn their Christmas trees and homes. Manufacturers like Hallmark, Christopher Radko, Rawcliffe, Hasbro and Kurt S. Adler all have produced some very interesting Star Wars Christmas-themed memorabilia.

For some, one item will do as an indication of their love of Star Wars. Others, however, are working at building a complete collection. The wonderful assortment available today allows you to celebrate the holiday season in true Star Wars style.

The purchase by Disney of the Star Wars franchise from George Lucas rocked the worlds of Star Wars fans. However, in terms of Star Wars Christmas décor, maybe we will have even more to look forward to in the future since Disney is the master of some pretty amazing movie merchandise.