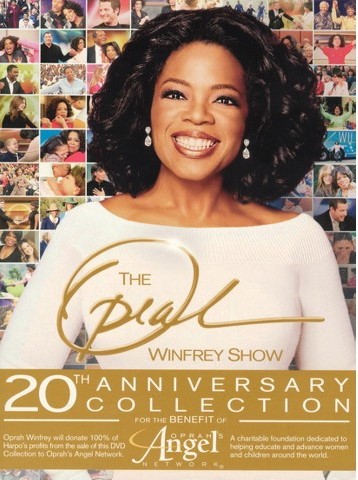 If you enjoy Oprah's interviews and you are interested in the world of pop culture, you will enjoy the episodes showcased in The Oprah Winfrey Show: 20th Anniversary Collection. Although it is now an older boxed set, it does share pieces of the entertainment world from the twenty years before 2005, when this set was released. You will find many interviews and moments typical to Oprah's shows including endless surprises, thoughts and lightbulb moments from Oprah. You will also find some very interesting interviews including the likes of John Travolta, Julia Roberts, Barbara Walters, Bill Cosby, The Judds, Madonna, Halle Berry, Michael J. Fox, Beyoncé Knowles, Chris Rock, Celine Dion, Jim Carrey, Bono nd so much more,

This boxed set would make very interesting viewing and a great gift idea for anyone who is interested in pop culture and who remembers the years of Oprah Winfrey's television program. You can read more about The Oprah Winfrey Show: 20th Anniversary Collection on Amazon by clicking right here.