In The Name of the Father Ireland Movie Review (2013) 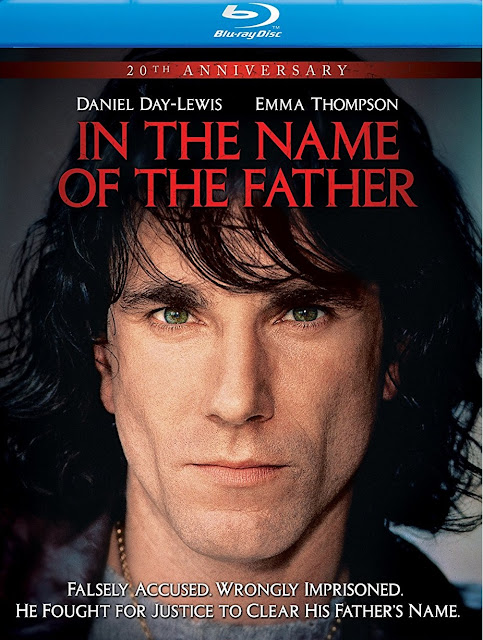 When we set off on this episode of our armchair traveller's trip to Ireland, I had not heard Gerry Conlon's story nor that of the Guildford Four. Conlon, as the Blu-ray cover says, was "falsely accused, wrongly imprisoned and had to fight for justice for his father's name."

Despite the R rating for language and violence, I did enjoy In The Name of the Father and thought that Daniel Day-Lewis did an excellent job of portraying the victim. The movie did not win any Academy Awards, but was nominated for seven, a definite indicator in my mind of a good movie.

It was not easy to watch, however. The fact that Conlon was a drifter and a petty thief did not make his tale of gross injustice any easier to watch. The level of police corruption was definitely disturbing.

In The Name of the Father is set in Belfast, Ireland and in Guildford, England in the 1970s. The IRA bombed a pub in Guildford and Conlon and his friends had the misfortune of being Irishmen in the vicinity at the time.  Using the Prevention of Terrorism Act, the police arrested him and his friends and eventually 15 members of his family.  In 1989, after the Guildford Four had spent 14 years in prison, Conlon's lawyer found a piece of evidence that had been hidden by the police, proving the innocence of Conlon but also of his father who died while in prison, his friends and his family.


Blogger Oscar Champs reports in his post that the story is not completely accurate, which is usually true of historically based stories and most movies and the director of In The Name of the Father eventually said that he changed facts, dates, etc. to suit his story. With this regard, the New York Times said that the film is "faithful to the larger facts while taking minor liberties," which seems reasonable to me. Even if the movie is not completely accurate, I believe that it tells a story that needs to be told and that it provides another look into Ireland's history. 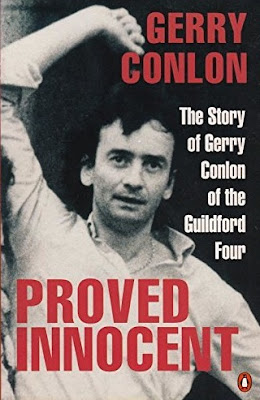 In his 1994 review Roger Ebert said that the story is really of how Conlon grows while in prison from an "unbalanced, angry homeless man" into a man who is "sober, intelligent, radicalized." He called the film interesting because "much of it is inspired by the love of the father for his son." Despite such praise, he gave the film 3 stars.

In closing their review linked above, The New York Times said, "A personal tragedy and a plea for reason, this tough, riveting film succeeds on both scores."

You can learn more about In the Name of The Father or buy your copy on Amazon by clicking right here. If you want more story, you might check out Conlon's book Proved Innocent on Amazon, too. Presumably, it does a better job of sticking to Gerry Conlon's version of the facts. 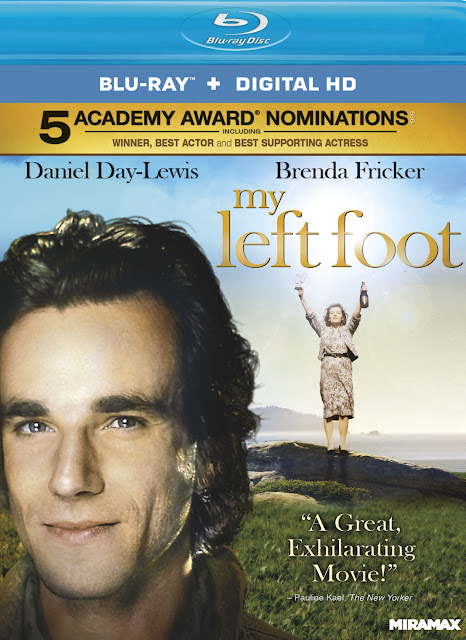 I had no expectations from the 1989 movie My Left Foot and picked it up because it was set in Ireland. Yes, it was to be another movie in our armchair traveller's trip to Ireland.  Anyway, I thought that the movie started off slowly and that it seemed dated but in the end the story of Christy Brown and his family reeled both myself and my husband in.

Christy Brown was born with cerebral palsy in 1930s Dublin in a time when most born with that disease and many others were shipped off to care facilities. However, Christy was born into a poor family who could not afford to send him away and was raised in the interesting and economically struggling environment that he was born into. Despite the many challenges provided by this home, he was loved and was included and eventually goes on to become a painter and the author of numerous books including the one of his own story as shown below.

Is My Left Foot recommended by me? YES.

We totally enjoyed this story despite the uncertain beginning. But don't take my word for it, this movie was unexpectedly successful and widely circulated in the end but originally produced for the local Irish market. When it received wider circulation both the critics and the audiences liked it. Daniel Day-Lewis won an Academy Award for Best Actor and Brenda Fricker for Best Supporting Actress. Other nominations for the film were for Best Adapted Screenplay, Best Director and for Best Picture.  I believe that the cast, which also included Ray McAnally and Fiona Shaw, was indeed excellent and that the movie drew us in in large part because of the performances put in by that cast. 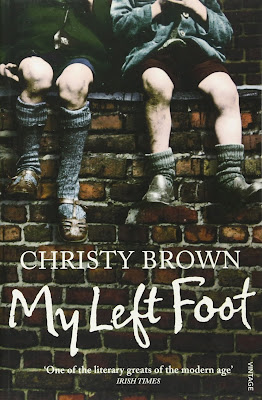 Roger Ebert said, "It is the story of a stubborn, difficult, blessed and gifted man who was dealt a bad hand, who played it brilliantly, and who left us some good books, some good paintings and the example of his courage."

The Guardian calls it, "A moving portrayal of an astonishing man with a brilliant brain trapped inside a damaged body."

If you like a good story about one person's battle to express himself and you don't mind that it is a bit gritty and dated, I think you might enjoy My Left Foot. While it is not meant to be about Ireland, it is a good peek into Dublin in the 1930s. Let me know what you think of it if you do check the movie out.