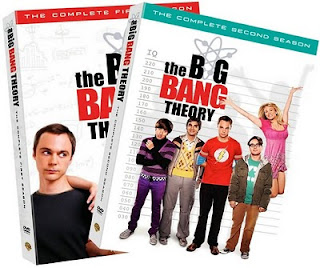 Funnily enough for a person who sees a fair number of movies, I am not always very up-to-date on my television shows and every now and then one of my friends introduces me to a new one.

This time my friend Dianne is trying to convince me to watch Big Bang Theory, the television series which is available on DVD. She says that it is about two geeky, young and socially inept physicists who are both professors. The world of these two men is changed when they meet a beautiful blonde waitress and the mix of these three individuals is a catalyst for the humour in the show.

Since Dianne and I often think alike when it comes to movies, I have no hesitation in recommending that you check out what she has to say about the series at her DVD review, Big Bang Theory Television Show. If you are already a fan of the show, you might want to check out the DVDs at Amazon by clicking right here.