Who Was Katharine Hepburn? 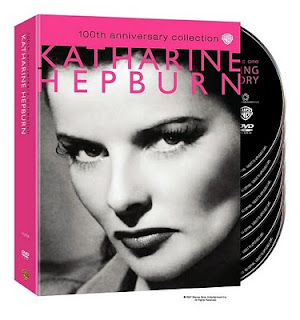 The recent release of the movie The African Queen

on blu-ray has me wondering who Katharine Hepburn was. I am sure it will come as no surprise to anyone that is interested in movies that she was a legendary actress who appeared in many film, television and stage productions.

However, do you know that Hepburn holds the most Best Actress Oscar wins ever? She won an unheard of four Oscars and received twelve nominations. She also won an Emmy Award and received four more Emmy nominations.

Katharine Hepburn won Best Actress for her roles in Morning Glory (1933), Guess Who’s Coming To Dinner (1967), The Lion in Winter (1968) and On Golden Pond (1981.) She was also nominated for her roles in Alice Adams; The Philadelphia Story; Woman of the Year; The African Queen; Summertime; The Rainmaker; Suddenly, Last Summer; and Long Day's Journey into Night.

Buy African Queen on blu-ray or DVD from Amazon.

Katharine Hepburn really was a great actress, very distinguishable and unique. We recently watched The Aviator, about Howard Hughes. Cate Blanchett did a wonderful job playing Katharine Hepburn in the movie.

Kate (Hepburn) was very involved with Howard Hughes when they both were fairly young. I knew they had had a relationship, but I learned a lot more about it from this movie. Both were very interesting characters.