Would YOU Like To Be The Merry Men's Minstrel in Robin Hood?

A very talented Newfoundland musician auditioned for and won the role of the Merry Men's Minstrel, Allan A'Dayle, in Ridley Scott and Russell Crowe's Robin Hood and it sounds like he had a lot of fun. Don't you wish it was you?  I do although I am willing to admit that I am not, ah, ideally suited for the role. However, it turned out that Alan Doyle of Great Big Sea fame was.

Apparently, it DOES matter who you know. In this case, Alan Doyle and Russell Crowe were friends, having worked together to create Crowe's discountinued 2005 album, My Hand, My Heart and Crowe asked Doyle if he would play the part. 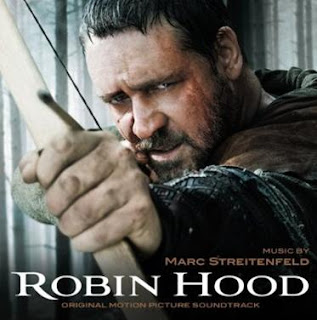 Expert heads put together determined, I guess, that the fact that Doyle could not play the medieval flute was a small issue for someone as musically talented as Doyle.

Subsequently to winning the part, Doyle had to attend Merry Men boot camp. During three weeks in Australia and three in England, he learned the skills required to be one of Robin's men...archery, swords and horses. Doyle says that was the easy part; the acting, not so easy.  On stage you have to be flamboyant; on screen, still.
How about you? Do you think you would have enjoyed being one of The Merry Men?