Betty White Entertainer of the Year 2010 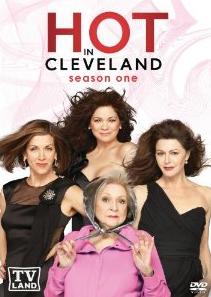 It is pretty hard to miss the iconic comedian, Betty White for these days she could be a bit, as she herself puts it, "overexposed."
She's literally everywhere.
This past year, she went from a Snickers commercial to guest host of Saturday Night Live. She appeared in a couple of movies and people loved her in the first season of the new sitcom Hot in Cleveland, which some say is oddly reminiscent of The Golden Girls.  She was chosen as one of Barbara Walter's 10 Most Fascinating People of 2010 and, most recently, Betty White was chosen Entertainer of the Year for 2010.
Learn more about Betty White's accomplishments at Entertainer of the Year 2010 and make sure to vote in the polls. Let us all know what YOU think of the funny lady, Betty White.
Share your thoughts on whether or not Betty White is the NEW Brad Pitt, whether or not Betty White is overexposed and whether or not you would like to walk in her shoes...
See you
at the movies!
Brenda

Betty White: Recipient of the Entertainer of the Year Award for 2010.
Order your copy of Hot in Cleveland Season 1 from Amazon.