The 2011 Best Picture Oscar Movies on Blu-ray and DVD 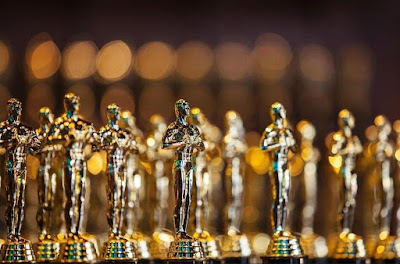 Almost every single one of the 2011 Best Picture Oscar Nominees are available or will be very shortly on blu-ray and DVD. The release date for True Grit has not been released yet but you can bet that the release of this movie remake is not far away. Most of the rest of the movies are available, with a couple of exceptions arriving in March and The King's Speech arriving finally in April.

Here's the list, of the movies nominated for Best Picture 2011 which are ALREADY available on blu-ray and DVD:

And those movies are all on sale and ready for pre-order from Amazon:

I like the fact that Amazon often has the movies deeply discounted and that they offer FREE shipping on orders worth $25 or more.

I already wonder what movies will be on the list for the Academy Awards in 2012...

Order this Oscar print from AllPosters.com.