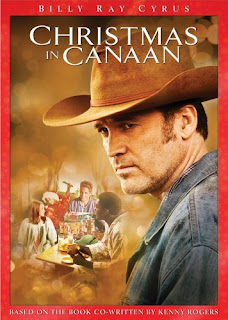 Believe it or not, the Hallmark Christmas Movies for 2011 have been announced and yes, the list is an interesting one.  It actually consists of seven new movies and one animated television special.

In true Hallmark style, it incorporates two big names you are going to recognize, those of Sir Roger Moore in  A Princess For Christmas (which was originally called Christmas at Castlebury Hall) and Melissa Gilbert in Christmas Pageant.

It will be the first time that Hallmark has taken a successful franchise from its card division and used it in its movie division.  Since they have chosen their husky pup Jingle, I believe that Jingle All The Way could be a popular Christmas special.

A complete list of new Hallmark Christmas movies for 2011 includes:

Read more about the Hallmark Christmas Movies of 2011.
Buy Christmas in Canaan from Amazon.