The Adventures of Tintin 2011 Movie 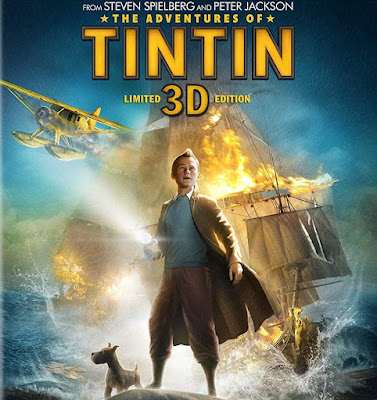 The Adventures of Tintin are not books that my children read, although as a volunteer librarian, I saw them pass through many hands. With the announcement recently that Steven Spielberg and Peter Jackson are preparing a movie version of The Adventures of Tintin, I went looking to find out what the books and the movie are all about.

The movie is definitely an adaptation of the book series of the same name which was created by Georges Remi and it focuses on three parts of the series: The Crab with the Golden Claws, The Secret of the Unicorn and Red Rackham's Treasure. The story line follows Tintin and his friends as they go on a treasure hunt to a sunken ship.

The Adventures of Tintin is Steven Spielberg’s first animated film and his first movie based on a comic-book. It stars Jamie Bell (of Billy Elliot fame) as Tintin and features Daniel Craig (of James Bond fame) as pirate Red Rackham.

The Adventures of Tintin is due to be released in 3D, 2D and Imax 3D on December 23, 2011. Let's hope that it measures up to the level that we expect of Steven Spielberg films.

What about you? Are you a Tintin fan?