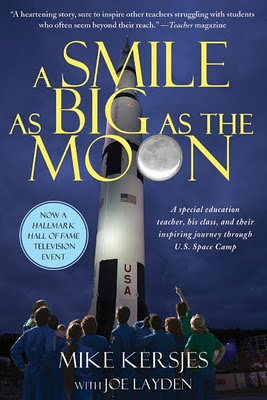 Heads up Hallmark movie fans. There's a new movie being broadcast this month from Hallmark Hall of Fame called A Smile As Big As The Moon.

What's extra special about this Hallmark Hall of Fame presentation is the fact that Hallmark is broadcasting it on ABC rather than the Hallmark Channel, which means that people like you and I who do not receive the Hallmark Channel will be able to see A Smile As Big As The Moon when it premieres on Sunday, January 29, 2012.

Here's a peek at the official movie trailer:

By the way, I just discovered that Amazon already has the DVD for A Smile As Big As the Moon for sale.