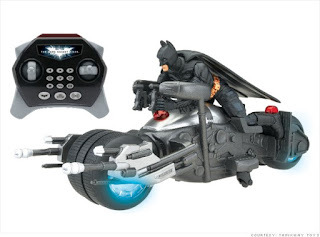 We've written about Batman toys before and we were interested to discover this new remote controlled U-Command Batman Bat-Pod from Thinkaway Toys.

The Bat-Pod features light-up wheels, voice effects and sound effects. It is programmed with 1000 sequences and will go forward and backward and do a 360 degree. You can even program it to follow your own action sequence. How much fun is that? I'm thinking my grown sons would have fun with this particular The Dark Knight Rises Batman toy.

A bit of searching found this video review, which I believe demonstrates nicely how the remote controlled U-Command Batman Batpod works. The review is a bit lengthy at 7.5 minutes but it is a good review that also gives you a chance to see the Batpod perform its tricks. MaximumXGamer, who wrote this review, calls the U-Command Batpod one of the best choices of the toys released from The Dark Knight Rises and, fortunately for anyone interested in buying it, the price on Amazon.com is a lot less than the price was at the time he wrote his review.


Be sure to let us know if there's a Batpod in your future!

Learn more about Thinkaway Toy's U Command Batpod on Amazon.
No comments: Links to this post 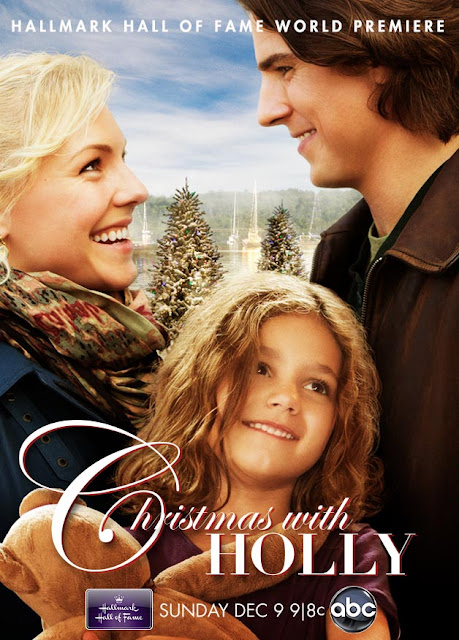 Hallmark Hall of Fame's next movie presentation is Christmas with Holly.

Christmas with Holly is a romantic story based on a novel by Lisa Kleypas called Christmas Eve at Friday Harbor.

How about you? Are you looking forward to Hallmark Hall of Fame's 247th movie presentation? I am!

Buy your copy of Christmas with Holly from Amazon.
No comments: Links to this post 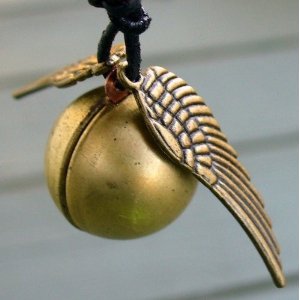 Harry Potter fans know well the significance of the Golden Snitch and likely carry an image in their minds that it looks something like the Snitch shown in this photograph. A Snitch is a living, golden sphere with wings that measures approximately the same size as a walnut.  In the Harry Potter books and movies, the Snitch flies all over the Quidditch field trying to avoid capture. When caught, he is worth 150 points and with his capture, the game is over.

In the real world or muggle version of Quidditch the Snitch is actually an individual, usually dressed in golden yellow who is fast, agile and entertaining. His (or her) capture also signals the end of the game.

Fans of Harry Potter and/or the real world game of Quidditch who would like to possess the Golden Snitch can actually purchase one from Amazon. The Snitch shown at the top of this page is actually a necklace and locket, opening up to reveal two spots in which to put your favorite images. 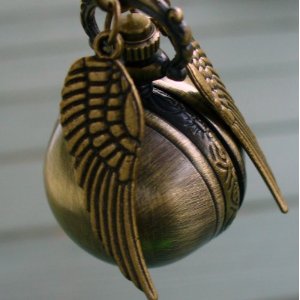 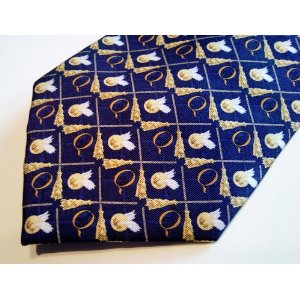