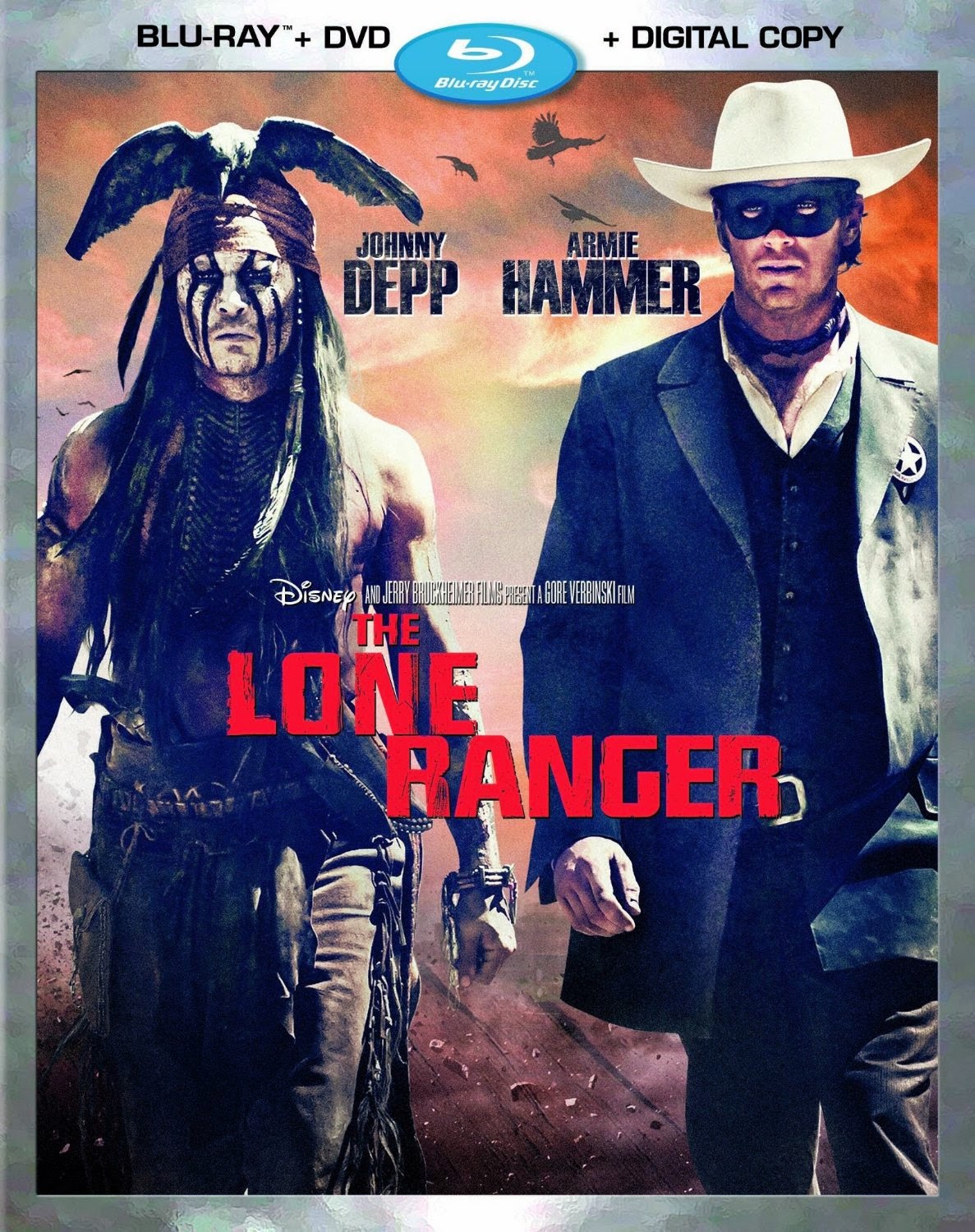 Initially, I was very excited about the 2013 version of the movie The Lone Ranger.  I will readily admit that I was enthusiastic only because of the presence of Johnny Depp as Tonto and not because I was a fan of the original series or even, for that matter, cowboy movies in general.  When the movie was released to disappointing reviews, it fell down on our must see list and eventually disappeared off the bottom.

Recently, on my rounds as an ebay seller, I picked The Lone Ranger blu-ray disc up at a consignment store figuring that I would be able to check out the movie and then sell it to earn some if not all of my money back.

But hey, I was surprised that the movie was such a fun romp. Once we stopped wanting it to be like something we thought it should be it was a hoot.  It was way over the top and often ridiculous and unbelievable but it was funny and, by the end, I was really enjoying it.

Here's a peek at the movie via the official Disney movie trailer:


Be aware that despite the fact this movie was made by Disney, it is PG-13 and, as Matt Zoller Seitz of Roger Ebert's website says, "it is all at once violent and sweet, clever and goofy." I agree and it is definitely not appropriate for children.

Blu-ray.com has praise for the blu-ray version, saying that it lives up to expectations of video and audio but that they wish there had been more special features. I enjoyed the following comment that blu-ray.com made about the movie, "There's some dark Looney Tunes-esque fun to be had, especially between Hammer and Depp, so long as you're willing to switch off the critical portions of your brain, you might just be able to enjoy the movie on its own terms."  I agree totally with that comment, too.

Noteworthy, the Ebert reviewer thinks this movie may eventually be called "misunderstood." I guess only time will tell.

Would I recommend it? I do think so, with the above comments kept in mind. It's a fun movie just take it as such and don't expect too much.

Have YOU seen Disney's version of The Lone Ranger? What did you think?

Buy The Lone Ranger on Amazon.
Check out the rare and unusual movies in my eBay store.

Interesting review. I had pretty much forgotten about this movie, too. I think because of the preconceptions, my husband has no desire to see it. In my way of thinking, it would be like seeing the movie after reading the book, although the "book" would be the original TV series. Maybe we'll watch the movie someday, but probably we'll just live with our black and white "The Lone Ranger" TV memories.

I don't have any black and white Lone Ranger memories, Susan though my Chris sure does!

Thanks for visiting and commenting. Appreciated as always!