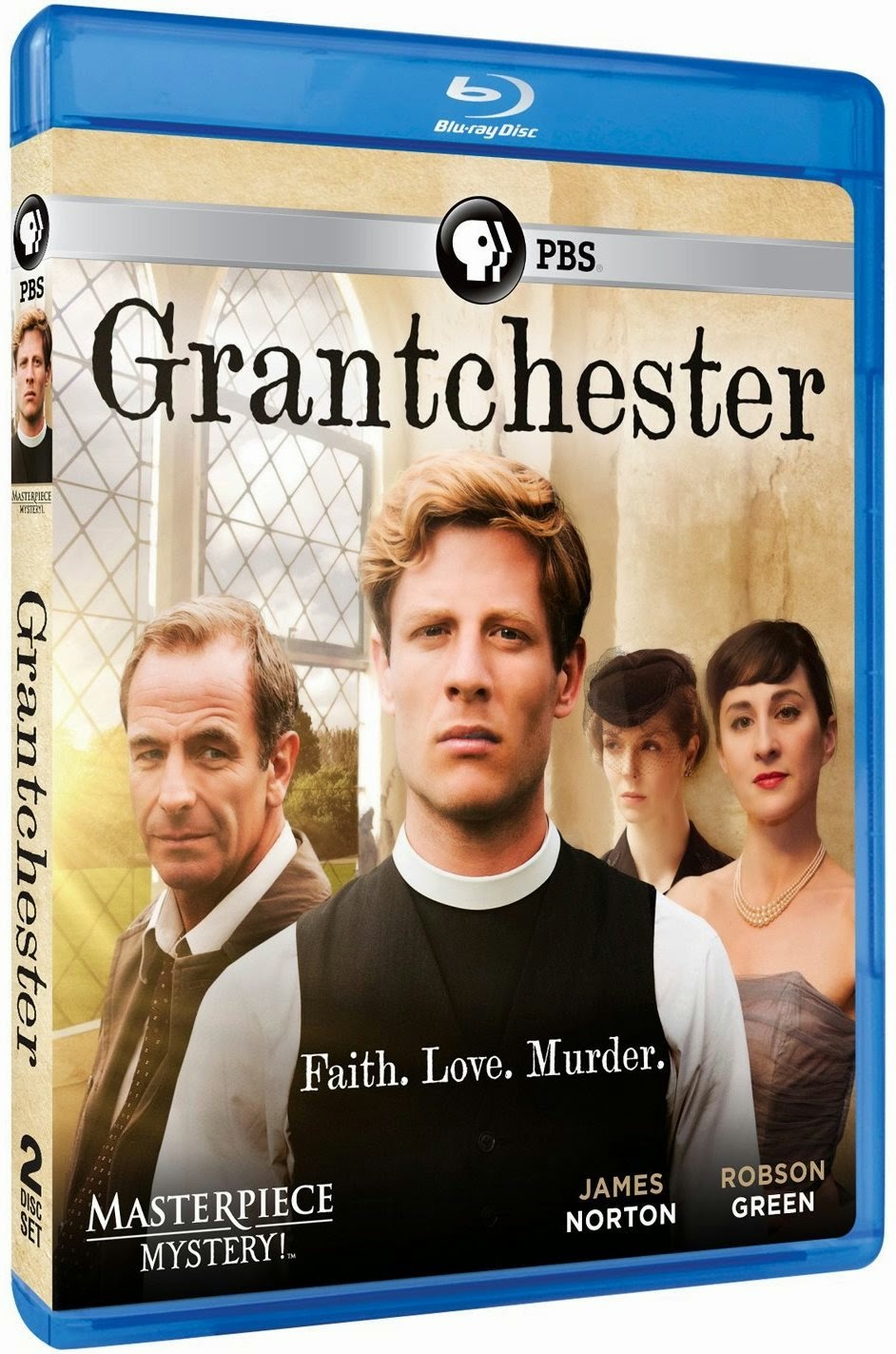 I've only just started watching the new mini-series Grantchester but I will admit I have enjoyed the limited amount that I have seen so far and that I am hooked.

Grantchester is a period drama film, a whodunit with the tag line: Faith. Love. Murder.

It is a Masterpiece Mystery in which an Anglican vicar helps a local police detective solve mysteries. It is set near Cambridge in the 1950s and is based on the Grantchester Mysteries books written by James Runcie.

I am looking forward to following the adventures of Reverend Sidney Chambers (played by James Norton) and Detective Inspector Geordie Keating (played by Robson Green) and I hope the rest of the season is as good as the first episode.  I hope that it is not too presumptuous to say that I am glad to see that there will be a second season.

You can check Grantchester out for yourself via this short YouTube trailer:

Right now you can tune in to Grantchester on Sunday nights on whatever channel you watch Masterpiece productions on.  I see that the DVD and blu-ray versions of the mini-series are available for pre-order from Amazon by clicking right here, if you know already that you want to own a copy of the series for yourself or if you know someone for whom this would make a great gift idea. The official release date is April 7, 2015.

What do you think? Will you be tuning in to Grantchester?
Are you already hooked like I am?
Did the first episode make you want to read the books?

Order your copy of Grantchester from Amazon.

Thank you for sharing this! I love a good mystery and this looks really interesting, Brenda. Is it airing in the U.S. now on PBS?

Brenda, thanks so much for posting this review. I have heard of Grantchester and wondered what it was about. It sounds like exactly the type of Masterpiece show that I would really enjoy.

I'm sure you would enjoy it, Trish. (Thanks for visiting. Sorry for the late response!)

Sorry, Net - I missed your comment. It was airing in Canada. It likely was and Trish (Birdhouse Books) comment means it probably was since she is in the States. I hope you were able to find it!