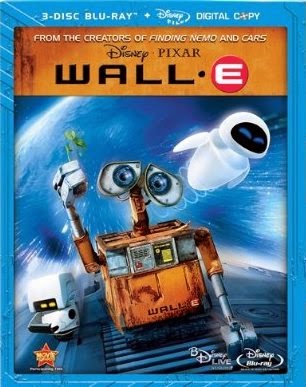 Wall-E, starring Ben Burtt, Elissa Knight, Jeff Garlin, Fred Willard and Macintalk,  was a ground breaking movie when it was released in 2008 and is considered a fabulous blend of art and technology.  It was so good in fact that it made the best blu-ray movies of 2008 list.


Expert Reviews on Wall-E on Blu-ray

Blu-ray.com said, "After hundreds of lonely years of doing what he was built for, WALL-E (short for Waste Allocation Load Lifter Earth-Class) discovers a new purpose in life (besides collecting knick-knacks) when he meets a sleek search robot named EVE...they ended saying that the movie "is destined to sell more than a few Blu-ray players and Wall-E easily earned their highest recommendation."

DVD Times said "Wall-E is still one of the best films of the year and wrote a wonderfully detailed review of Wall-E on blu-ray. Author, Clydefro Jones said that Wall-E was among Pixar's very best movies and that it was far superior to most of the 2008 releases."

High-Def Digest said, "It's rare to find a mainstream motion picture, one entirely CGI-animated and about robots, no less, that works as both entertainment and as art. 'Wall-E' is a truly ground breaking achievement. It is a stunner with five stars across the board for video and audio."

Do you agree? Was Wall-E stunning on your blu-ray player? If you are just adding it to your collection, be sure to come back and let us know what you thought.

Please note this page was originally written in 2009 and previously appeared on another website.