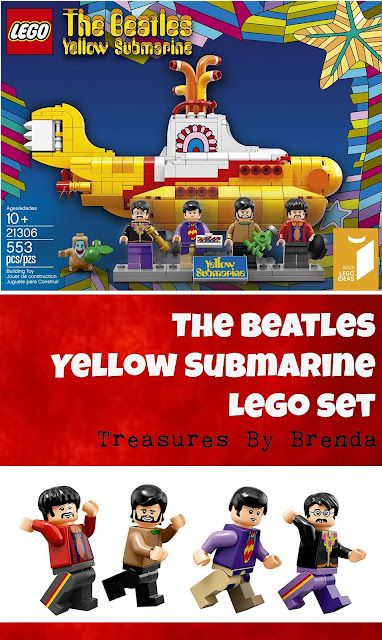 What fun! Every now and then the Lego company releases a building set that really makes me smile. The Yellow Submarine set, released on November 1, 2016, is one such set. 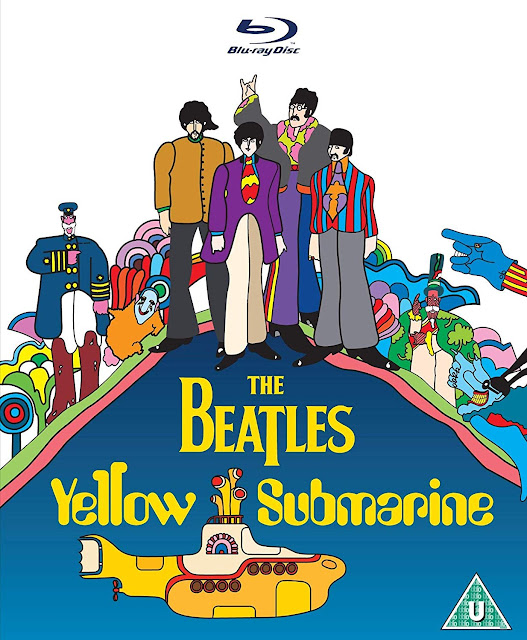 The Yellow Submarine movie was released in July of 1968 and the soundtrack in January 1969. The record contained classic and new Beatles songs including Yellow Submarine and All You Need is Love. It is not necessarily considered one of the best Beatles albums but "We all live in a yellow submarine..." is a refrain that I am sure you have heard before.

Anyway, back to the Lego set, which is set number 21306 with 553 pieces and recommended for individuals aged 10. It is super fun – done of course in bright yellow and accompanied with four handsome mini-figure versions of the Beatles - John Lennon, Paul McCartney, George Harrison and Ringo Starr. In addition, it has a Jeremy figure. For those not in the know, Jeremy is a fictional character that appeared in the original animated movie.

Here’s a peek at the original movie, which is available on Amazon by clicking right here: 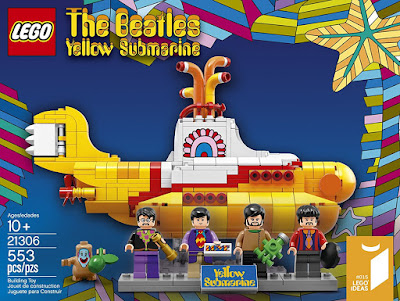 Pair this fabulous new Lego set with a copy of the movie or the movie soundtrack and you will have a fun, fabulous and totally unexpected gift idea for dad or for any Beatles fan. I believe that this set is designed to appeal to the nostalgic amongst us, ranking right up there with the 2011 Lego Creator Volkswagen Camper Van set, another set that stole my heart. You can find The Beatles Yellow Submarine Lego set on Amazon by clicking right here.

Buy your Lego Yellow Submarine set on Amazon.
Lego in my eBay store.

What will Lego think of next? This is a classic! Loved the movie and the song!