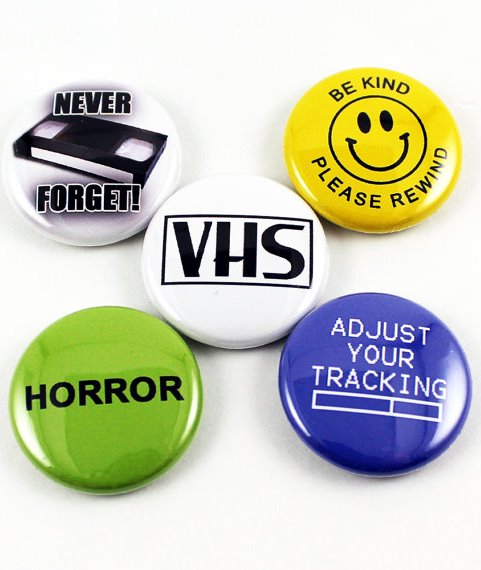 In the story Never Forget: The Humble, Indispensable VHS in the Austin Chronicle on January 16, 2009,  Alamo Drafthouse programmers Lars Nilsen and Zack Carlson talk about the rise of Netflix and their enduring love for old-fashioned videotape.

They start by discussing their first experiences with VHS, which might sound like a story from your past if, that is, you remember videotapes at all. One of those stories tells of a Grandfather who was on the cutting edge and who brought home a huge VCR that cost $2,000 in 1981 and of course, some family-safe movies.

My first memory of a VCR at all comes from the time I started dating my husband. He had purchased a BETA VCR, much to the chagrin of his family.

Remember that before VHS, you could not watch movies at home unless they were being shown on television. Buying a VCR in the early 1980s was a truly new and exciting experience. Movies came in as Zack said, "huge, white clamshell cases that opened with a suction-y pop and within that case was this black rectangle that held wonders."

When the story was written in the Austin Chronicle in 2009, only about 25 percent of movies made before VHS had been released on VHS and when I originally wrote this article, just 50 percent of the movies issued on VHS had been made available on DVD. That means that a large number of movies are simply gone.

People are collecting videotapes the way people collected records in the past.  Not because they are better but because they have a different selection. They are looking for a title that has not made the transition to current formats.

The Austin Chronicle article closes with the tale of customer looking for a movie they saw when they were 12 but being disgusted at only finding it available on VHS. How would you handle that situation? If you are a big movie fan and watch older films as well as newer ones, this might have happened to you. If a videotape is the only way you can watch a movie you love, would you buy the tape?