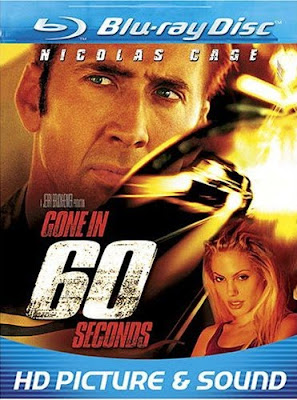 Yesterday, I discovered that my husband is in love with another woman. In this case, a beautiful shiny silver 1967 Shelby Mustang named Eleanor.

My son and I watched the 2000 version of Gone in 60 Seconds, which stars Nicholas Cage. Considered one of the top ten movie car chases of all time, it was definitely an exciting film. The story revolves around the theft of fifty gleaming 'girls,' any of which I'd gladly park in my driveway.

My husband returned home and asked my son how he liked Eleanor. That was my first hint that there was another woman in his life and now Eleanor has entered my son's life as well.

If you're looking for an exciting car chase, check out Gone in 60 Seconds. The cars really are beautiful and the chase scene is one you'll never forget. Recommended for anyone who loves movies with car chases and beautiful cars. Definitely more of a guy film but I enjoyed it, too.

Buy Gone in 60 Seconds on Amazon.