The Best Hallmark Movies Ever 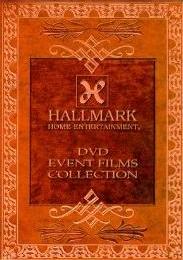 The best Hallmark movies ever is a list that is hard to define.

Have you taken a moment to think about the history behind the Hallmark Hall of Fame movies? Did you know that they have been creating quality television programming since 1951? That's a lot of movies and a lot of favorites so coming up with a list of the 'best' ones is difficult.

The shows Hallmark broadcast at the beginning were different than the ones they air now but they were considered quality television programming at the time.  I don't think many people would pick them as the best Hallmark movies today.

Since then, however, Hallmark movies have gone on to win more awards than any other television production. A best of list would be hard to put together but it would need to include a few movies like Promise, the movie which one the most awards; What The Deaf Man Heard, the movie which drew the largest television audience; and even the very popular Sarah Plain and Tall collection.

If you want to know more about some of the best Hallmark movies ever, please visit my detailed page The Best Hallmark Movies Ever by clicking here.